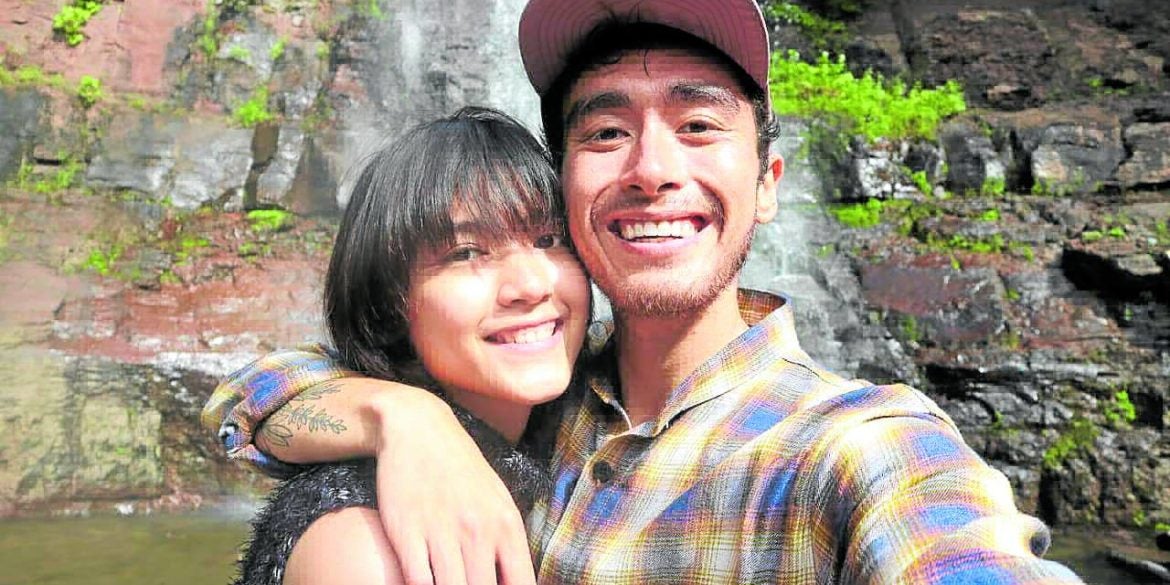 Photographs of Hannah and Jaysen all over New York City:

The last time I got to properly catch up with my batch mate, international model Hannah Locsin, was back in 2018 during Paris Fashion Week. I was covering shows while she had just gotten her work visa. We were just 23 then, exchanging stories and dreams for our future.

Since then, I’ve witnessed Hannah’s career skyrocket—from walking Fashion Week runways all over the world to landing a cover for Vogue Japan. I couldn’t be more proud of her!

Hannah is back home for her brother’s wedding in March, so she won’t be doing Paris Fashion Week.

After being away from her family for a year and half, though, the youngest of three siblings says that the extra time she has with them is something that she is very excited about. It’s quite rare for them to be complete.

Like most of us, Hannah felt that her career was disrupted because of the pandemic. She finished Fashion Week with Miu Miu, “only for everything to stop in a few weeks.”

Since moving to New York City, things have started to pick up for her again. She has worked with Phillip Lim, Maybelline, Diane von Furstenberg, Marc Jacobs and Coach. Her goal is to be able to work with even more brands.

“The thrill of the shows is exciting, but the anxiety at castings/bookings is not,” she says of Fashion Week. “I love doing Milan the most. I’ve always had good memories there.”

The Gucci SS20 show is what she considers her most life-changing one, with that now iconic green ensemble paired with her newly cut bob and boxed glasses. It was the show that opened new doors for her.

On her first year in NYC, she lived in Bushwick, Brooklyn, with Sundae Cruz, a Filipino photographer, and his wife and another roommate, Jaysen Lee Clifft.

Hannah and Jaysen ended up spending a lot of time together and eventually admitted their feelings for each other. They now share an apartment in Cobble Hill.

Jaysen holds a business degree in marketing management from Enderun and a culinary certificate from Alain Ducasse. He works as chef de partie at Crown Shy in the financial district of Manhattan.

“Food not only became something I enjoyed tremendously, but was something I used to escape the hardship of school. Eventually enough, I ate through everything I could lay my eyes on … Food became my go-to for daily happiness,” he says.

He took a certificate course in culinary and pastry in the hopes of doing it professionally. New York was never a city he thought of going to. Raised in both Hawaii and the Philippines, he took comfort in having his family and friends nearby.

After culinary school, his first gig was at a Japanese restaurant in Poblacion, Makati, called YOI, and shortly after, a career in Hong Kong. “I loved Hong Kong a lot and I wanted to stay. However, the protests happened and it became difficult to stay. Being half-American, I decided to take the plunge and headed to New York and try out in a kitchen in the city.”

His six-month culinary certificate from Enderun and three-month certificate for pastry was all he needed for his career to take flight.

He enjoys cooking in front of a lot of people at the open kitchen at Crown Shy. He ultimately sees a future back in the Philippines. He hopes to gain even more knowledge and skill this year.

On self-care days, Jaysen spends it doing a week’s worth of laundry. Having girlfriend Hannah around is a great help and living together makes it easier when things get crazy.

Hannah adds that since she usually is the early riser, she makes breakfast and coffee for them both.

Jaysen says, “We just moved in together, so a lot of our focus revolved around prettifying our home. During summer, we like to go to parks together. In true New York fashion, we always want to be under the sun when the weather permits, lay out a mat and make our own picnic or snack. We’re pretty adventurous when it comes to spending our days off and dates.”

Overall, you can tell that food is a love language these two share. A dish that reminds Jaysen of Hannah would definitely be one with cauliflower—roasted, baked, boiled, fried, or poached.

“It’s always the go-to, cooked with her special curry blend. It’s her favorite thing in the whole world. She uses it often as her alternative to carbs and I can always see this as something she eats to live a healthier lifestyle. Quite inspiring.”

Hannah came into Jaysen’s life unexpectedly during the pandemic and he fell for how genuine, giggly and lighthearted she is, while never seeming to get frustrated. “She was always happy and always handled problems with sighs and assertiveness after. Nothing ever got her down, and she always made her way into the kitchen during those times to help me cook.”

Bringing out the best in each other

He adds that “Hannah is adventurous and never shies away from trying anything new. She works hard and is persistent with such charm. She also makes a lot of time for people she loves and goes out of her way to make big plans happen for them.”

Hannah inspires him in every aspect of his life, and he sees himself wanting to carry himself with the same optimism as she does.

He brags about Hannah’s “bomb” cookies, which she first served when they met as roommates. He recalls her using Davao chocolate to share the unique flavor of our Philippine cocoa, which is slightly bitter, “counteracted with enough butter and sugar that make the cookie not so sweet. She likes to change between chewy and fudgy, but always has the same theme of keeping it small and cute.”

Hannah’s cookies even made it to Michelin-star chefs, as Jaysen brought it during a “cookie-off.” She felt quite flattered and validated as her cookies got compliments.

Jaysen is very supportive of Hannah and has even dropped by the sets of a few projects. She says she tries not to look at him while she’s working, though, or she might end up laughing.

Hannah brings different groups of friends to Jaysen’s restaurant and never gets sick of the food and the view of the open kitchen. She often catches herself staring or taking videos of Jaysen, like a fan girl. She loves watching him cook both at home or at work.

The two bring out the best in each other. It’s exciting to see where their careers will take them this year. —CONTRIBUTED