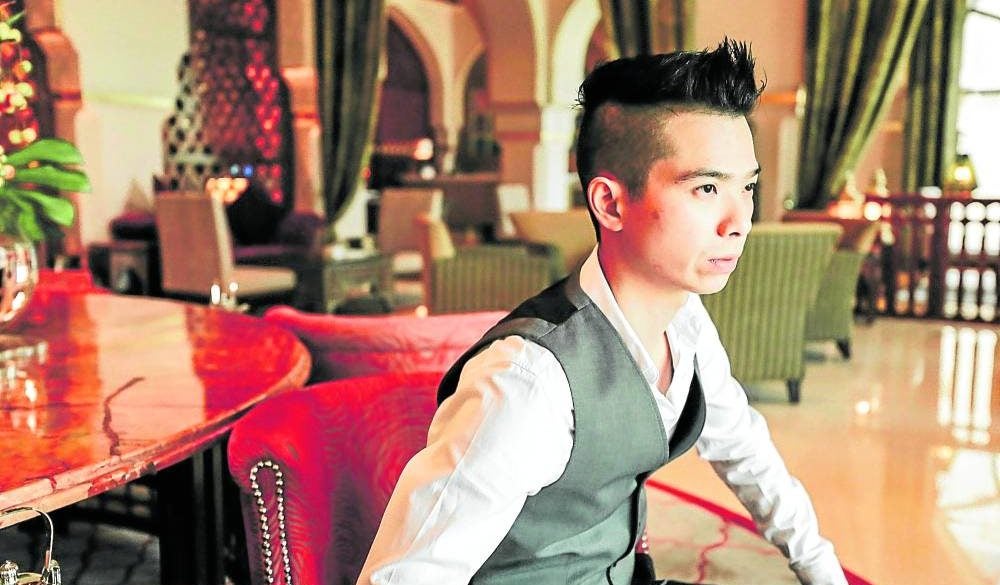 Intrepid entrepreneur Erik Cua: “You have to weather the storm.”

Erik Cua: Bring the night back to life

Dubbed The Prince of Nightlife, Erik Cua developed prestigious venues that echoed the zeitgeist of the millennium. From the now-defunct superclub Embassy at The Fort to The Palace Complex in Uptown Bonifacio, these high-volume places were accessible to everyone—from the elite to the aspirational crowds.

“We started the multipurpose venues for different demographics. Clubbing should be for everyone,” he maintains.

However, the pandemic put a damper on the club scene. The prolonged shutdown aimed at curbing COVID led to the closure of several establishments.

“You have to weather the storm. Many places folded up. They didn’t have cash at hand to keep them running,” observes the 42-year-old entrepreneur.

In late 2021, Cua revived The Palace, namely The Island, the pioneer day and pool club, and Xylo, the superclub, installed with air filters. These establishments reprised near prepandemic sales despite restricted capacity. The luxury club, Revel, is undergoing renovations and will reopen in March.

The Palace also includes Yes Please, a bar with cocktails concocted by investor Erwan Heussaff, and will welcome guests next week. The resumption of B.A.D., a bar priced for the college market, is indefinite.

Cua’s personal goal for 2022 is practical: “I want to rehire my employees and make the business profitable again.”

Cua had the makings of success. Aside from his wherewithal and his clarity of vision, he tapped partners who could further bring people to the door and pay attention to details. He earned his reputation as a transparent leader who believed in his partners.

“When people build businesses, they add premiums. I invite partners who bring something to the table,” he explains.

Enterprising at heart, he worked for Pho Hoa, the restaurant chain of his mother, Nancy Cua. In 2000, Cua, then 21, opened Jack’s Loft in Eastwood, a dessert bar which served alcohol. Following his passion for EDM (electronic dance music) and house music, he put up Basement, a New York-style underground club, also in Eastwood in 2001.

His goal of doing business in Makati was realized through Temple Bar at Greenbelt 2 in 2003. Despite its youthful verve and success, Cua noted that the nightlife lacked the glamour and the breadth of high-capacity dance clubs such as Euphoria. Then again, Makati’s no-smoking ban intimidated customers.

Embassy introduced the bottle service, the glamorous sale of liquor in a cordoned table with a VIP hostess who poured the drinks and kept them coming. It imported influential DJs, who rocked the dance floor with their beat-dropping skills, such as Grammy-nominated Japanese American DJ Steve Aoki.To host excess guests from Embassy, Members-Only, an exclusive club, was established. However, the Old English manor interiors seemed arcane and collecting membership dues became tedious.

As the nightclub hub, Embassy was not without its brawls and catfights. One of the most-publicized stories was that of a socialite who attacked another socialite over a scion in 2008. Taguig City closed down Embassy after the stabbing of a customer in an altercation in 2009 and imposed a curfew. The victim has since recovered. Although Embassy reopened, its five-year lease was over.

With the same partners from Embassy, Cua opened Republiq at the Newport Mall in Resorts World Complex in 2011. To complement the complex’s casino and gaming facilities, the 2,000-square-meter Republiq provided the entertainment, inspired by the glitz of Las Vegas such as aerialists, pyrotechnics and high-tech visuals. Its 50 tables were easily sold out as beautiful women hosted the bottle service. Visiting foreign celebrities such as Black-Eyed Peas, Ashanti, David Copperfield and Michael Bolton came for a few drinks.

Cua maintained the formula of having a superclub with other concepts to tap different markets. Republiq was the anchor to Opus Restaurant and Lounge, Cabana, the VIP club, and Café Republiq. These establishments enjoyed a five-year lifespan.

Not resting on his laurels, Cua ventured into different concepts. With Ysmael, he put up 71 Gramercy, the penthouse bar/lounge/restaurant at The Gramercy Residences in Makati. However, the novelty of a lounge in the sky wore off after two years.

Meanwhile, Epic Boracay has become the center of partying on the island. Cua also invested in chef-driven establishments in BGC such as Rob Pengson’s Niner Ichi Nana and Hungry Hound cocktail bar (with Heussaff and Pengson) and Aracama’s Early Night, an affordable resto-bar.

As the market gravitated yet again to Taguig, Cua established The Palace Complex with several investors. Valkyrie (now Xylo) opened in 2014. The scale, the energy and entertainment placed Valkyrie in the Top 100 clubs of the world by DJ Magazine in 2015. The following year, the complex likewise earned a spot in this British publication’s definitive guide to leading nightlife destinations.

During the lockdown, The Palace pivoted to free virtual shows.

“You see the live set but the club is empty. People drank at home. There was a chat on the side. These shows kept us in their minds,” he recalls.

Nightlife habitues went to each other’s houses and took a swab test before they could drink together in their bubble.

“We’d be testing three times a week,” he says.

Cua admits that the long shutdown depleted his savings. He is grateful for a kind landlord and resourceful employees who found other means to earn.

As restrictions eased, Island and Xylo worked for the city’s safety seal to reopen. Cua notes that the government-mandated 50-percent capacity is designed for restaurants, not bars.

“In night clubs, most people stand up. That was our problem. Xylo has a total capacity (seated and standing) of 1,200. To be compliant, we accommodated 200. Yet, the sales were brisk,” he says.

The pandemic has been a humbling experience.

“You learn to simplify your life and save for a rainy day,” he says. —CONTRIBUTED