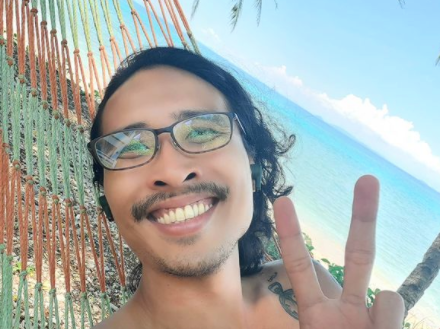 If there’s something that’s making actor Pepe Herrera very happy these days, it is the fact that he is playing Piolo Pascual’s twin brother in the “sweetcom” “My Papa Pi.”

“Excited po ako. ‘Yun po ang nanaig na pakiramdam, excited,” Herrera quipped when asked how he felt after being offered to be in a sitcom with Pascual during the online press conference for the show, Feb. 12.

Herrera feels that he does share something in common with Pascual.

(Like PJ, I am fond of plants and animals. That’s what I do whenever there is no work. From time to time you want to break from your routine, that’s why it’s great to have a creative outlet. Further, I am really fond of people. I am very, vey curious. I feel energized when I talk to and when I meet new people.)

Herrera’s new short hairdo is not in preparation for his role, though. It is just a coincidence that he has short hair now,  just like Pascual.

(It’s because due to my training in theater, it doesn’t matter if my hair is short or long because you can wear a wig. You can transform through costume, makeup. Although it’s a blessing that I have short hair now and Papa P’s hair is also short.)

“My Papa Pi” which also stars Pia Wurtzbach will start airing on March 5 on the Kapamilya Channel, Kapamilya Online Live, A2Z, iWantTFC and TFC. It will center in the life of twin brothers Pipoy (Pascual) and Popoy (Hererra) as they live in a very simple community called Mapag-asa Street. JB