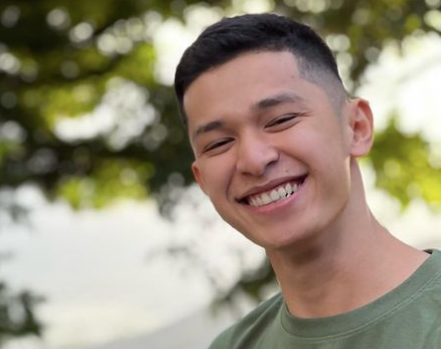 For young actor Aljon Mendoza, curiosity about his character helps him better define the role he is playing.

Mendoza plays Jon, a charming guy who came from a broken family and the supportive husband of Karina Bautista’s Theza character, in the “Maalalala Mo Kaya” “Love Ko ‘To” episode.

“Malaking bagay sa akin ang curiosity. Dapat curious ka sa character mo para mas marami kang malaman sa kanya,” Mendoza said during the online press conference for MMK on Feb. 8. (Curiosity is a big deal for me. You have to be curious about your character so you can learn a lot from him.)

During the interview, Mendoza was in quarantine and he used that time to learn more about his character.

“Talagang kinikilala ko ang character ko. Na-e-excite pa ako kung ano pa ‘yung madi-discover ko sa kanya. Noong ibinigay sa akin ang script ay na-excite akong basahin kasi curious ako,” he said. (I really find out more about my character. I was excited about what more I can discover about him. When I was given the script, I was excited to read it because I was curious.)

Going through the script, the actor learned his similarities with and differences from his character. He studied it and asked around as research. Mendoza also explained that his MMK character is different from the one he played in his previous series “Viral Scandal.”