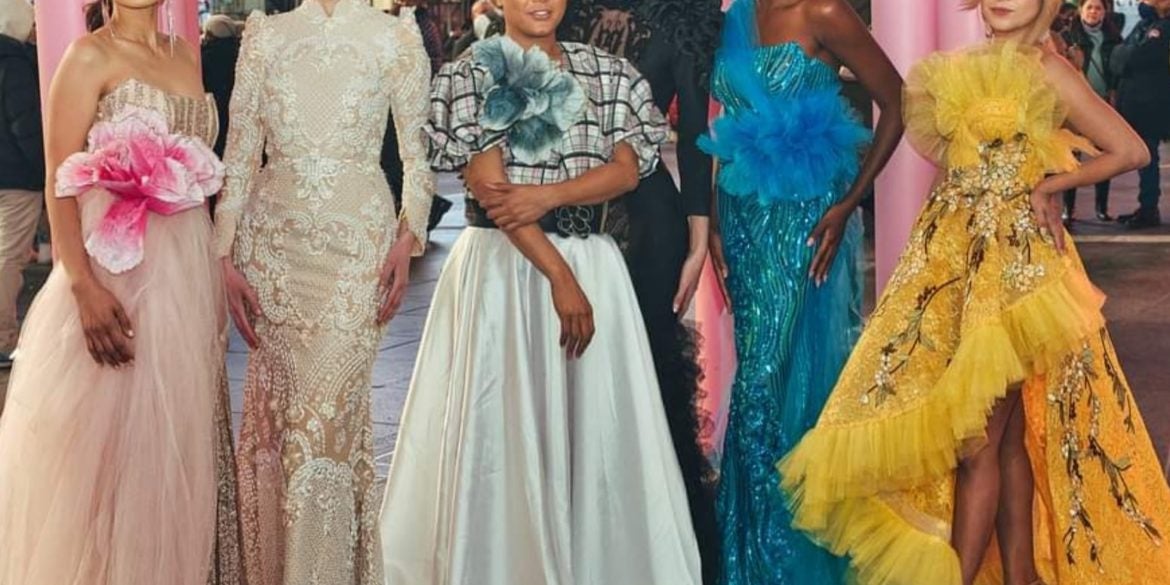 MAKATI CITY, Philippines — After presenting a collection in Texas and New York in the United States, Taguig City-based swimwear designer Domz Ramos is now poised to show his threads in Europe.

In an online interview with the Inquirer, Ramos shared the news that he received an invitation to headline a fashion show in Spain and several other European countries by the middle of the year.

This development came after his surprise participation at the recent New York Fashion Week, alongside other Filipino designers. Ramos got the call to show his collection in the Big Apple after mounting a fashion show in Texas.

He first presented a collection in the US in 2018, in a series of shows in Texas, where fashion and pageant director Concon Siñel introduced him to who would become key players in his comeback fashion show in the Lone Star State—producer Zim Lovern and his current manager Mary Ann Santiano.

“We decided to hold it earlier. But because of the COVID-19 pandemic, it did not push through as planned,” he shared.

His New York Fashion week stint, Ramos said, came as a surprise announcement from Santiano and Lovern. “We were supposed to have a road show in different state, but it was rescheduled because of the pandemic,” he said.

Ramos continued: “Thank God these two ladies really worked hard so that I can enter NYFW, which I have never dreamed would come true in my entire life.”

He said a little prayer upon setting foot in New York, Ramos said. “New York Fashion Week is every designer’s dream. So during the finalé bow I got so nervous, I was so scared yet excited,” he shared.

“Our show was full packed. And I love that the audience embraced me as a Filipino designer, and most especially a proud Taguig designer,” Ramos continued.

For his Texas and New York shows, Ramos presented a collection he called “La Corazon,” which translates to “my heart.” He drew inspiration from democracy icon Corazon Aquino, the first female president of the Philippines.

“I was also inspired by our ‘gumamela’ flower or the hibiscus, and the Philippine eagle. I also chose yellow because it’s the color of happiness,” he continued, saying people need to be happy amid the pandemic and that “life is too short.”

The collection deviated from his previous shows where he only focused on his expertise in designing swimwear. “This time we decided to show gowns—wedding gowns, pageant gowns, etc.,” he explained, saying it was to showcase his team’s versatility as fashion creators.

To further highlight his versatility, Ramos used a diverse roster of models, composed of professional models, regular people, beauty queens, a trans woman, children, and a person with autism.

But before heading to Europe, the Taguig-based designer will go back to his roots and design swimwear for a couple of beauty contests in Canada. Ramos also said he is in talks with other pageant organizers for more swimsuit deals.