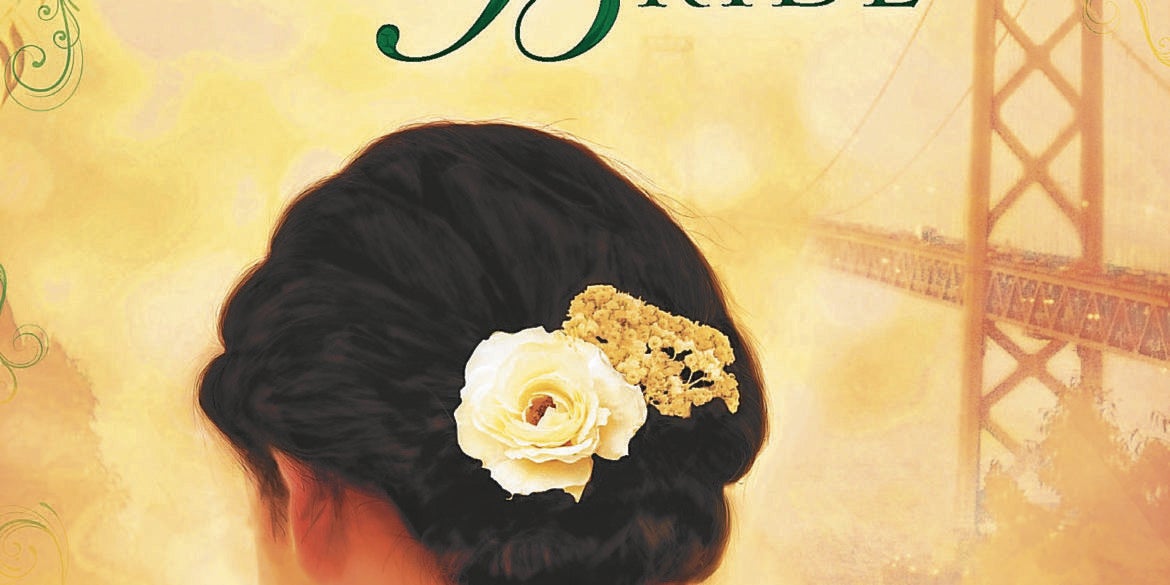 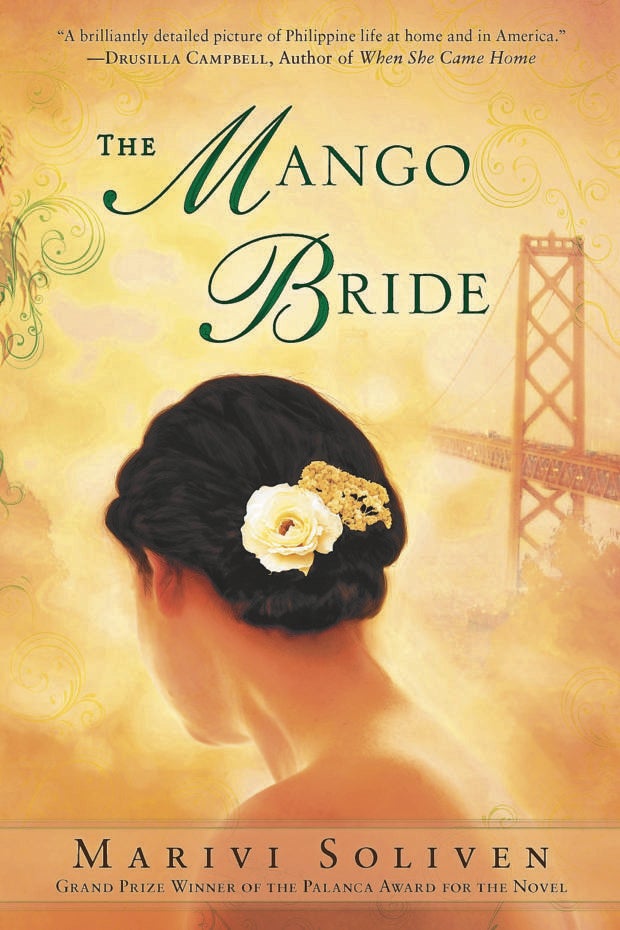 It’s not every day the news your novel’s being made into a feature film is outed by Variety—starring Sharon Cuneta no less.

But that’s exactly what happened to Marivi Soliven, whose 2013 novel “The Mango Bride” is being adapted for the big screen in America as reported on Feb. 21.

“I feel relieved that it’s finally happening,” the San Diego-based Soliven told Lifestyle via email. “Everything does come to those who wait, apparently. Or as my favorite postcard from Barcelona says, ‘The universe always conspires to help the dreamers.’”

This is, in many ways, the culmination of the journey of Soliven’s novel, which won the Grand Prize for Novel at the Carlos Palanca Memorial Awards for Literature in 2010 and was published by Penguin Random House (then known as New American Library Penguin).

“The Mango Bride” chronicles the lives of several women, notably defiant Amparo Guerrero, who is banished to the United States after disgracing her wealthy family, and the hopeful Beverly Obejas, who becomes a mail-order bride seeking a better life. Their fates, of course, ultimately cross in unexpected ways, and, in the Inquirer’s 2013 review, was called “a novel of juxtaposition, of obligation and infidelity, of passion and practicality, privilege and limitation.”

But the best character is Beverly’s mother Marcela. As to why, you’ll have to either read the novel or watch the movie. Cuneta will, of course, play Marcela.

The novel itself was a product of 2008’s National Novel Writing Month, and that was the manuscript that won Soliven the Palanca.

Soliven researched “The Mango Bride” by talking to actual mail-order brides, and she felt theirs was a story worth telling. After the book first came out, women would write her saying how Beverly’s story resonated with their own experiences in violent relationships.

In 2014, she organized a fundraiser to benefit Access Inc., a nonprofit that offers low-cost legal aid to immigrant survivors of domestic violence, raising nearly $10,000, enough to save nine immigrant women from abusive partners and gain them legal residency in the United States.

“Since then, advocating for domestic violence survivors has been sort of my other passion,” she says. She has continued to organize such fundraisers.

She fought not only to get the novel published but also to get a movie made. And now, after all this time, it is finally happening, with Filipino Canadian Martin Edralin (“Islands”) directing and Rae Red (“Babae at Baril”) writing the screenplay.

Producer Micah Tadena said their London- and Singapore-based production company, 108 Media, was drawn to the book, as “the story was a real page-turner that I finished in one weekend. The story unfolds like a classic soap opera, which we all agreed was a genre the Filipino and international audience would appreciate.” She confirmed that Soliven “signs off on our casting and creative choices” (ergo: Cuneta) and “it’s extremely important to us to remain true to the ethos of her book.”

“I wanted to do ‘The Mango Bride’ because it’s the best way to connect to a global audience by putting some of the best Filipino talents and stories together to tell an emotional and uplifting story like this. I have long been a fan of Marivi Soliven’s writing, from ‘Suddenly Stateside,’ her collection of light essays about living in the US, to ‘The Mango Bride.’ She captures the Filipino migrant and Filipino American experience skillfully,” Cuneta is quoted as saying in the Variety report, which states she is both starring and acting as executive producer on the project.

How did your 2013 novel go from Random House to feature film?

It was certainly not a direct path. When the good folks at National Book Store flew me home to launch “The Mango Bride,” at some point during my visit, they put me in touch with Roselle Monteverde, of Regal Entertainment. Girlie Rodis was the prime advocate for the film, but I knew nothing about how these things work. At the time, I didn’t know that it’s customary for film companies to pay to option a film, or that options normally last only a couple of years before they should be exercised.

So my then literary agent contracted a film agent in Hollywood—several, in fact—to negotiate with Regal. Years passed. The film agents gave up. I waited. Other independent filmmakers contacted me with offers, but I continued to wait for the original agreement to come to fruition. My literary agent lost patience and waived her commission on the Tagalog-language film. I finally gave up waiting for Regal to come through six years after that first meeting. Then my literary agent and I parted ways. Then Penguin Random House declined to go into a second printing of “The Mango Bride” and reverted all rights to me. Major bummer.

About a year after we uncoupled, my ex-film agent forwarded an email from 108 Media producer Micah Tadena. I was skeptical. But after several Zoom meetings with Micah, I realized she was genuinely invested in making this happen. Absent a literary agent, I needed help negotiating the film contract, so my producer/actor friend Will Tiao (“Formosa Betrayed”) recommended his intellectual property lawyer Kevin Mills. Kevin was so patient, and he answered all my questions, so I took him on to negotiate the deal.

Of course, it’s a big deal that Sharon Cuneta is in it. How does that feel?

It feels great. I’ve known Ms. Cuneta’s husband Kiko [Pangilinan] since he was a gangly, kooky undergrad in UP. His older brother Joseph was in my brother’s class in high school, and I used to work with Kiko’s older sister Maricel Pangilinan Arenas when I was a copywriter at McCann. So given that I know nearly all her in-laws, it’s kind of funny that now is the only time I may actually meet Sharon.

How involved are you in the production?

So far I’ve been in on a bunch of Zoom meetings, mostly with Micah, but most recently with Martin and screenwriter Rae Red, whose film “Babae at Baril” I loved.

Micah and I both agreed that it was crucial to get a Filipino or at the very least an Asian director for the project, because that person needed to understand the concept of shame and class, which are such crucial elements of the plot. She suggested a bunch of wonderful directors, but when none of them panned out, I happened to watch Martin’s film “Islands” at the San Diego Asian Film Festival.

Martin’s Filipino Canadian, but I could tell from this film that he totally gets it—that sense of yearning for home that gnaws at an immigrant. So I contacted the film festival director, who put me in touch with Martin, and I pitched the project to him. I don’t know if this is “done,” but I did it. And after he and Micah had a couple of Zoom meetings, he came on board. Phew!

Then Micah had me watch “Babae at Baril” and I loved it. I love fierce female writers. I thought Martin and Rae would make a great team. Even if they live in different countries and we have to negotiate time zone differences every time we meet.

What is it like to be working with Martin Edralin?

I’ve only chatted on Zoom with him a couple of times, and from those conversations, I’ve found him to be incredibly thoughtful, sensitive, kind and smart. I’m sure he’ll do a wonderful job.

I understand shooting is to begin later this year. Is there a timetable for when it is supposed to be released?

I’ve been told September is when they hope to get things done. I’m really hoping COVID doesn’t unravel those plans.

How was your pandemic experience?

My day job is as a Tagalog interpreter. Since the pandemic began, I’ve had to interpret on end-of-life calls at least once a month. Sometimes once a week. It is heartbreaking. Sometimes I have to stop from choking up on a bad call. Sometimes even the doctor cries.

What are you working on now and what is next for you?

Finalizing revisions on a historical novel. Also, a flash fiction story I wrote about baking during the pandemic is also getting adapted into a short film by an indie film director, and into a radio play/podcast at San Diego City College. I cook when I can’t write, the theory being, if I can’t write something anyone likes, I can at least cook or bake something everyone will like. It’s called “procrasti-baking” for a reason.

Finally, what do you hope viewers will take with them when they watch the film?

I want the film to open up new conversations about things that matter to women—abortion, divorce, domestic violence, infidelity. For too long, these topics have been fodder for gossip, innuendo, really tacky jokes that don’t lead to any sort of resolution. Folks need to start talking about these things in a matter-of-fact way, because they affect our lives, our kids’ lives, our politics, for God’s sake.