A yak at the Oscars: first nomination for Bhutanese film | Lifestyle.INQ ❮ ❯ 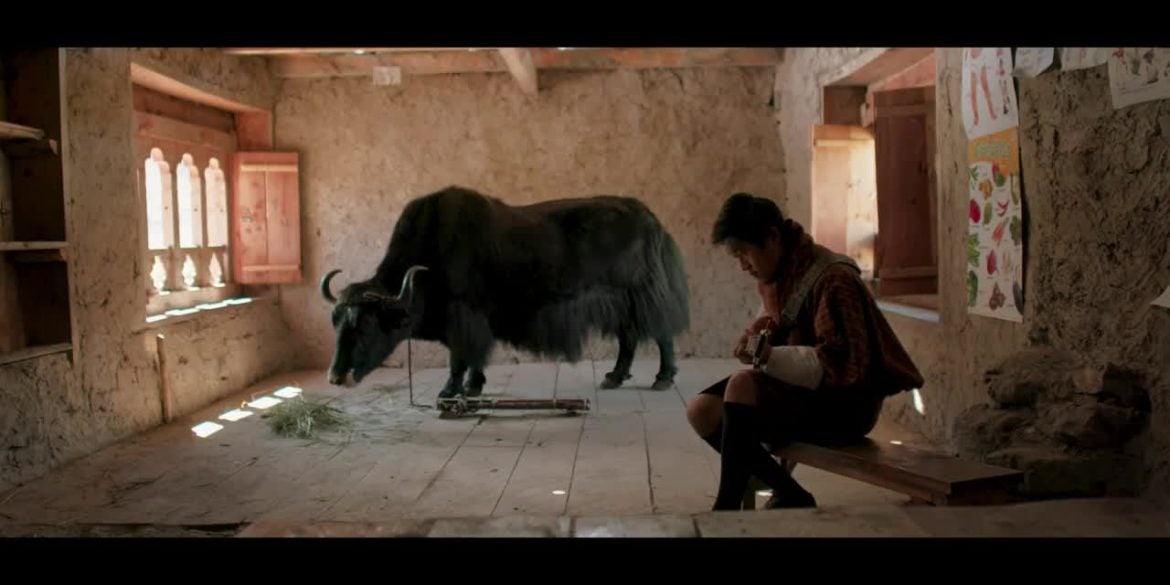 A yak at the Oscars: first nomination for Bhutanese film

Filmed in one of the remotest corners in one of the world’s most inaccessible countries, “Lunana: A Yak in the Classroom”, is the first Bhutanese film ever nominated for an Academy Award.

Winters are long and harsh, and solar power is the only electricity source, creating major logistical challenges.

Equipment and supplies for the film were carried in by 75 mules, while more than 70 helicopter trips transported the cast and crew.

The movie explores a society in transition through Ugyen, a discontent teacher with dreams of making it big as a singer in Australia, but who is transferred to Lunana, a village of yak herders and fungus collectors.

His initial reaction to Lunana is overwhelmingly negative, but the locals — real-life villagers playing themselves — slowly spark a change of heart.

The script is laced with Bhutanese mysticism and environmental messages, while the action takes place against a natural backdrop of vast vistas and snow-capped peaks.

“It touches upon this universal human story, about seeking what you want, where you belong, seeking happiness.

“That is something that is really needed in our world,” he told AFP.

“I wanted to show a simple story where all of us could find and celebrate this universal human quality.”

In January the film was selected as one of five nominees for Best International Feature Film at the Oscars taking place next month.

Bhutan is known for its concept of Gross National Happiness, prioritizing well-being as well as economic development, and Ugyen wears a T-shirt emblazoned with the phrase in the film’s opening scenes.

But growth has brought greater desire, and thousands of Bhutanese have left their Himalayan homeland in recent years in search of better financial and educational opportunities.

Australia is their favorite destination, so much so that Bhutanese now refer to the “Australian Dream”, and the country opened an embassy in Canberra in October.

Teachers are highly respected in Bhutan and along with doctors are the highest-paid government employees, at most ranks earning more than civil servants of equivalent grade, but hundreds of them are resigning every year.

“There are so many Bhutanese who seem to be leaving this so-called ‘happy country’ to look for happiness elsewhere,” said Dorji.

“There’s nothing wrong with that,” he added. “That’s just how life is.”

Lunana epitomizes the changes Bhutan is undergoing: 3G mobile technology was installed in the village just as the film crew were wrapping up production.

Dorji says the local school’s star pupil Pem Zam — who in the movie tells Ugyen that teachers “touch the future” — “messages me on Facebook”.

“Lunana: A Yak in the Classroom” is only the second Bhutanese film ever to be submitted to the Oscars, after “The Cup” in 1999, made by Dorji’s spiritual and cinematographic teacher, Khyentse Norbu. “The Cup” was critically acclaimed but did not make the shortlist for an award.

“Lunana” has already accumulated 18 prizes on the international film festival circuit, but the director said he had “no expectations” from Hollywood.

Many Bhutanese are hearing about the Oscars for the first time as a result of the movie.

One monk told Dorji that he offered a kilogram of homemade butter and 50 Bhutanese ngultrum ($0.60) at a temple to pray for Lunana’s success.

“Other films have these big budgets pushing their campaign, we don’t,” said Dorji.

“But we are a campaign that is carried by the hopes, aspirations, and prayers of a whole country.”