Gary Valenciano is working on the legacy he wants to leave behind | Lifestyle.INQ ❮ ❯ 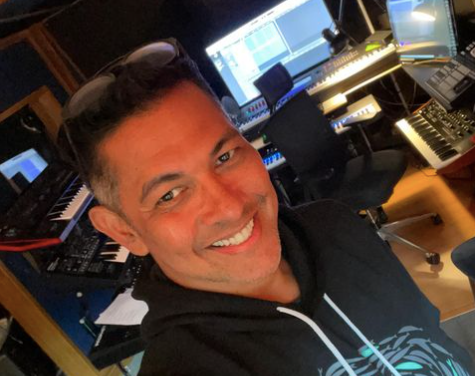 Mr. Pure Energy Gary Valenciano is now working on a project that’s important for the legacy he wishes to leave behind. Valenciano stressed that he’s currently working on assignments which make him feel more fulfilled.

“I feel, [I’ve reached a point] with regard to sustaining one’s career, I think one great way to sustain it is to think what I can leave behind, which is the legacy I have. Many of the things that I will be doing will pertain to that,” he said during the online press conference following his contract signing with ABS-CBN last Feb. 23.

He shared that he is now the ambassador for the app called pray.com.

“I know that Filipinos are very prayerful and I have new content coming out very soon. And the story that I am sharing in that app is the story of Joseph where he has different brothers. He has his mom and dad and all. I am playing all the voices of the characters. So, it’s different,” he said.

Valenciano is also working on an ongoing advocacy called Face to Face where he gets to meet online with people from various universities.

“I’ve been able to accomplish about 40 different universities. I just share my life with them. I also sing some of my songs,” he said.

“That’s with regard to what I do pertaining to legacy,” he noted. “But I will be going on tour still. I think my body can still take a couple of more years where I can perform especially for the people in the Middle East kung saan grabe ‘yung support na ibinigay sa amin (where the support given to us is great).”

At this stage in his career, Valenciano welcomes mentoring newcomers. He thinks it is selfish for veterans such as himself to just keep the lessons they learned all to themselves.

“So, to whoever wants to listen, to whoever cares to listen, we would share and mentor,” he said. Among those he would like to mentor are Darren Espanto and Janine Berdin.

“He’s (Espanto) very popular now. But when I’m watching him, I can still give him tips but no longer [on] how to become popular but to prolong, para humaba pa ang career niya (for his career to last longer),” he explained. “These are the things that I can help out people like Darren Espanto, Janine Berdin, the younger ones, who I feel deserve (mentoring).”

“I feel that they deserve so much more, [more so now] when they’re seen everywhere and the stage is as big as the phones that you hold,” Valenciano pointed out. “Might as well perform you’re best because you’re reaching more people than ever before. So, nice to teach, nice to mentor.” JB

WATCH: Gary Valenciano sings ‘Take Me Out of the Dark’ amid coronavirus crisis