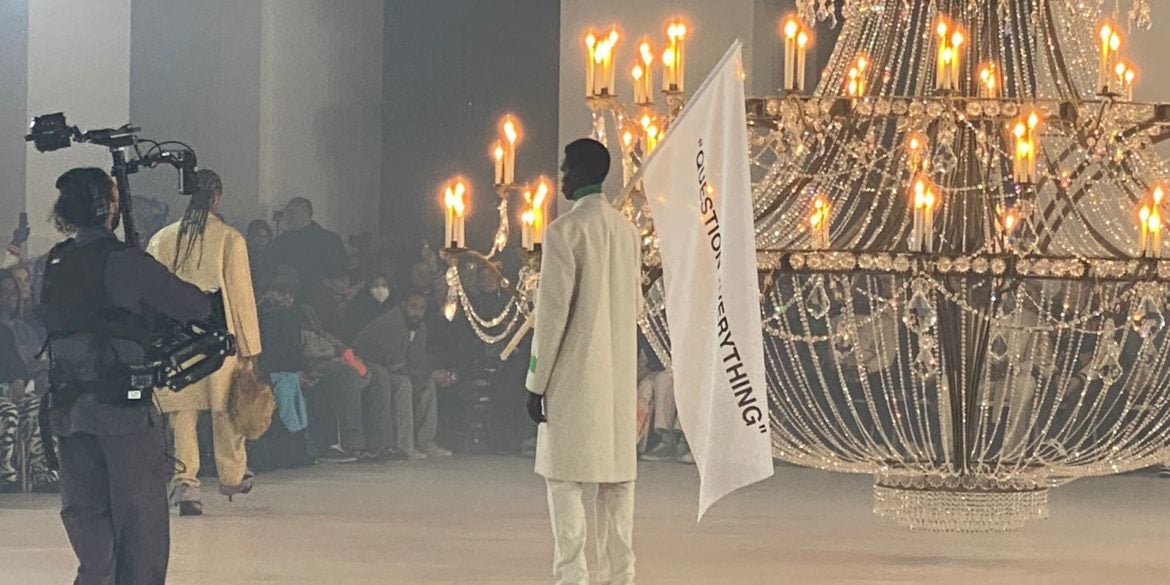 At Off-White F/W 2022, we all just live in Virgil Abloh’s universe

Spaceship Earth: an “Imaginary Experience,” Off-White’s tribute show for Virgil Abloh, featuring his last creations, was nothing short of spectacular. The collection was “…designed by Virgil and completed by the creative teams and collaborators with whom he worked with.” The designer may have been gone too soon, but his legacy will forever be imprinted in fashion history and even shape our future style.

The energy was high and immediately spoke of a celebration. It wasn’t a way to say goodbye. It was a way to implement what Abloh taught us. The massive collection featured 84 looks, divided into three parts.

Pharrell’s words kicked off the show from a 2020 interview. ‘”Share the codes… share the cheat codes. A lot of us had to figure it out ourselves… that’s where we go wrong. The more of us that learn the codes, the stronger we are,” his voice echoed. Immediately heavy wool coats and sweater dresses in all black, with neon touches, followed. It was a strong statement that showcased Abloh’s reverence for tailoring and details.

A flag that said “Question Everything” heralded the second part of the presentation. Here, I saw pieces that Abloh put his signature on. These included bright neon slip dresses, cycling shorts, jackets, and tie-dye sets. The third act served as a grand reveal–Off-White couture. It was an overload with Bella Hadid, Abloh’s favorite muse, opening this part in a big white ball gown. Each of these high couture looks had a story. There was The Carrie B., a nod to Abloh’s friendship with Sarah Jessica Parker and an unworn 2020 Met Gala look for Kendall Jenner.

Everyone who was someone in Abloh’s universe was on the runway. Instagram favorites Karlie Kloss, Gigi Hadid, and Joan Smalls were present. Mother-daughter supermodels Cindy Crawford and Kaia Gerber, tennis star Serena Williams, legends Naomi Campbell, Helena Christensen, Amber Valetta, and Karen Elson also showed up. It was high energy all the way through, messaging only Abloh love for whatever comes up next. 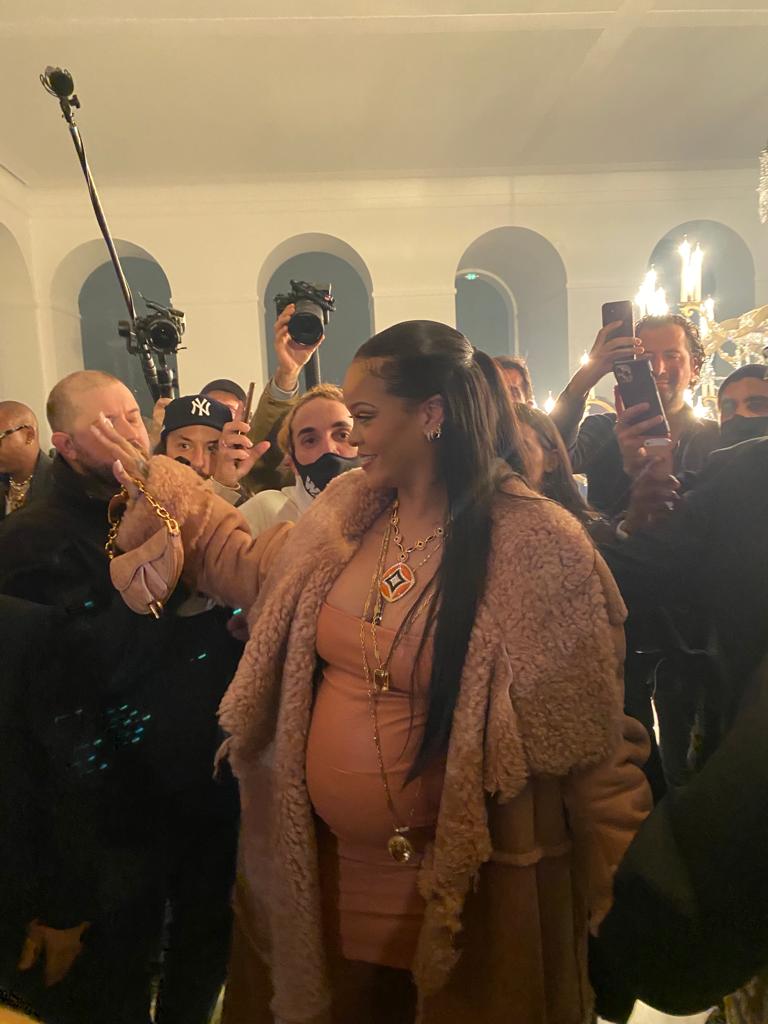 The show came to a fever-pitch close, and I knew there would be a frenzy, so I stood up immediately, only to see a pile of photographers swarm  Rihanna. In attendance with beau ASAP Rocky, she was graceful and kind despite the craziness around.

I couldn’t help but think that the show, from start to finish and with the aftermath that followed, proved that we exist in a fashion world that Virgil Abloh created from his imagination.

Photos and video by Ria Prieto