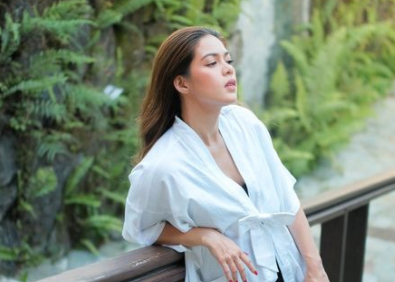 Actress Shaina Magdayao literally grew up in ABS-CBN and she recalls with joy her journey with the network after signing another contract with Star Magic recently.

“Marami akong hindi makakalimutan (I have many things which I can’t forget). I think unique is the perfect word to describe my journey. I literally grew up in the industry, literally raised by the network, the people in the network, our bosses na naging nanay at tatay ko na (who became my mothers and father),” she said when asked what her journey was like with the network, during the online press conference after her contract signing, last Feb. 23.

She admitted to having a “very unique childhood” because she has already been working as a child star, of which she has lots of fond memories.

(My playmates were the directors I worked with, the staff, the crew I’ve been with, my co-actors, they became my playmates. They became my big sisters, my family. So when I reached the point where I was looking for my purpose in life, I found it here.)

Initially, Magdayao thought she will not be able to find her life’s purpose in the industry. But she was proven wrong when ABS-CBN executive, Cory Vidanes, told her something that she pondered on.

“Si tita Cory was one of the very few people who talked to me and said, ‘Shaina, ‘yung calling of service mo, puwede mo naman yang gawin. You can serve through your job and through your work,’” Magdayao recalled.

(Tita Cory was one of the very few people who talked to me and said, “Shaina, your calling of service, you can do that. You can serve through your job and through your work.”)

With that, Magdayao felt it is one of the reasons why she will not be able to run away from show business.

“Ito na talaga ang mundo ko,” she said. “May kontrata man o wala, being a Kapamilya, I can wholeheartedly say that it will always be in my heart and my soul.”

(This is really my world. With or without a contract, being a Kapamilya, I can wholeheartedly say that it will always be in my heart and my soul.”) JB

Shaina Magdayao survives battle with COVID-19: ‘That wasn’t mild at all’