Amy Perez on looking back vs. looking ahead: 'What God wants for you isn't behind you' | Lifestyle.INQ ❮ ❯ 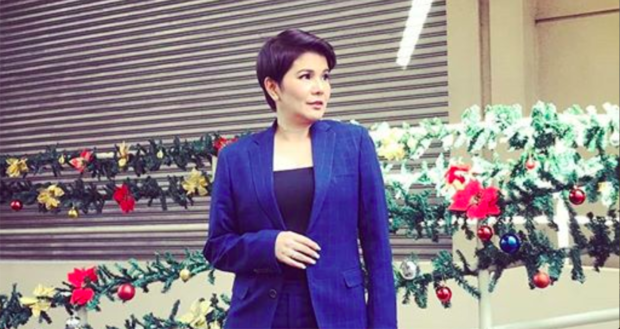 Amy Perez on looking back vs. looking ahead: ‘What God wants for you isn’t behind you’

Moving forward in life is what TV host and vlogger Amy Perez is encouraging people to focus on, as she reflected on Psalms 107:28-31.

The Christian actress shared the Bible verse on her Instagram page today, March 14: “So they cried out to the LORD in their distress, and God brought them out safe from their desperate circumstances. God quieted the storm to a whisper; the sea’s waves were hushed. So they rejoiced because the waves have calmed down; then God led them to the harbor they were hoping for. Let them thank the Lord for his faithful love and his wondrous works for all people.”

“People often focus too much on where they’ve been. Where they are from, the manner in which they grew up. The poor choices they’ve made, and the setbacks that they’ve experienced,” Perez thought. “But life isn’t about where you’ve been, it’s about where you’re going.”

God, she said, always “wants your attention to be focused on the present.”

“He wants you to look straight ahead, because what He has for you is not behind you, but in front of you,” she stressed.

Perez feels it does not help to dwell on past mistakes because this makes people focus on “their flaws and faults when they should be looking forward at the greatness that God has planned for them. They’re too focused on what the enemy is up to, and not focused on what God is doing in their lives right now.”

She likened the situation to dropping an anchor, where one chooses “to be stagnant, [to] do nothing.”

“Don’t drop anchor when God is telling you to open up the sails. Don’t let yourself focus on the negative when the positive is just within reach. Your best days are not to be left in the past,” she said.

In the end, it all boils down to faith for Perez, which she thinks is like a compass that aids people who get off the course.

“Faith is what you have left when everything else seems so far away. It isn’t always easy to have faith, but it is always necessary,” she added. “Faith is what gives us as Christians the strength to carry on despite our circumstances.” JB

How to build ‘a habit of praise’: Amy Perez gives useful tips

Amy Perez believes in the power of Psalm 23