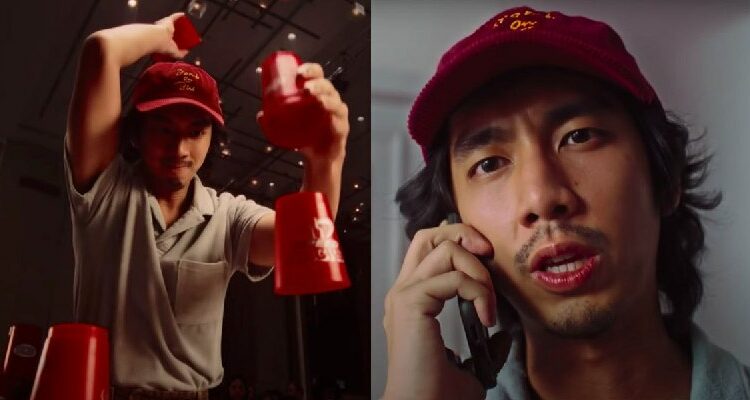 A new chapter is upon us, Nawapol stans. After experiencing a New Year’s existential crisis with “Happy Old Year” (2019), we’re on the way to the filmmaker’s new genre era—just peep the trailer of his newest work.

The well-known cup game—which became widely popular in the Philippines in the early 2010s—seems to be the common thread among the main characters of “Fast and Feel Love.” In the teaser, there’s a brewing tension that wraps the air, with what looks like a Speed Stacks veteran (played by Nat Kitcharit, whom Nawapol labeled as “Iron Hand” on an Instagram post) getting challenged by the younger generation.

Previously, we’ve been given a hint that this film will follow people in their 30s, so could it contain a subtheme on age differences (and its pressures) too? “You have no idea that kids like us are limitless,” taunts a young, ambitious competitor (Pleng Keetapat Pongruea). After all, this underrated sport has no boundaries—it welcomes everyone regardless of age and gender. But who will reign as champion?

Apart from the obvious “Fast & Furious” franchise references, there’s also a nod to “Taken” with this phone call quip: “I will find you and I will kill you.” Well, we still have a lot of questions about their alliances, but you might find a clue on each character’s role with the rest of the cast portraits on the director’s Instagram page. It’s dramatic, it’s intriguing, and it already has some bits and pieces of the distinct humor carried by the Nawapol Cinematic Universe.

“Fast and Feel Love” stars Nat Kitcharit, Urassaya Sperbund, Anusara Korsamphan, Primmy Patnasiri, Pleng Keetapat Pongruea, and Kanokwan Butrachart. While we wait for this battle of agility and speed, can we gather ’round for a manifestation circle? The film drops this April and we need this in local cinemas, stat.