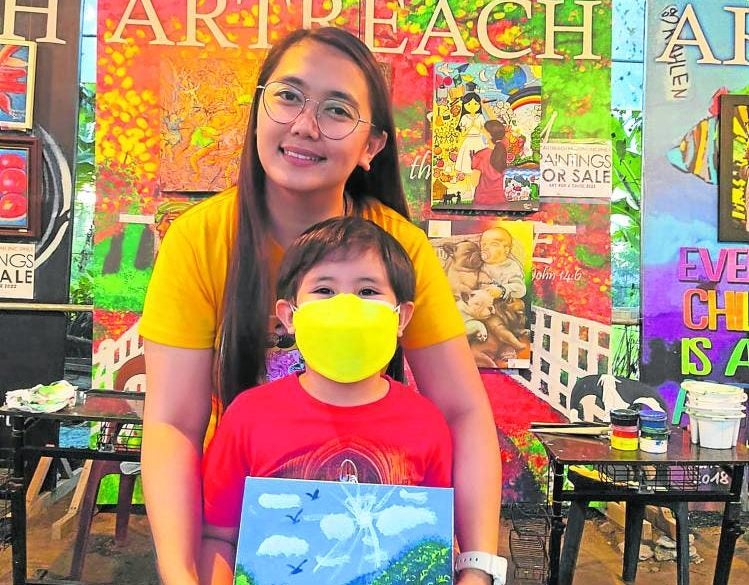 Cowilyn “Cowee” Pascual recruited her first students when she was only 16. She knocked on neighbors’ doors to ask if their children would want to hear Bible stories and learn art from her.

“I was a very shy girl, but faith gave me the strength to do it,” she said. She would go on to teach more children in different communities—sometimes over a hundred children in one session—for the next 15 years.

Ironically, she didn’t want to be a teacher when she was younger. “When I was in Grade 3 or 4, I told myself that I would never become a teacher.” Dealing with children was the last thing she wanted to do. But teaching called her.

Her family didn’t have enough funds to send her to college after she graduated from high school. It was during this two-year gap that she realized she wanted to join her mother in Artreach Missions Inc. 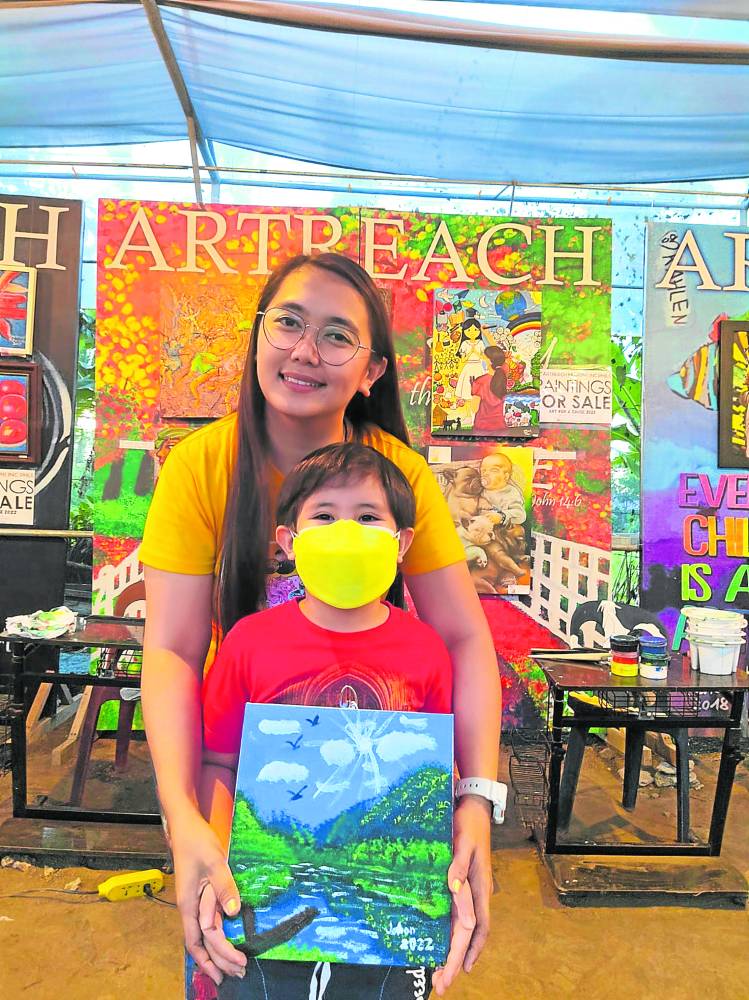 The nongovernment organization (NGO) was officially founded in 2001 by her mom, Concepcion “Koni” Pascual. The NGO aims to provide art lessons to children of all ages from wherever they are.

“My mom started the art workshops because she heard kids in the street cursing loudly. She started doing workshops in our community first. We would read Bible stories and then draw and color based on the story we read,” Pascual said.

A similar incident was a turning point for her, too. One day when she was hanging out in the plaza, she was disturbed by what she saw. Kids her age were smoking, young girls were pregnant, while others had stopped going to school. She went home crying to her mom, but it also motivated her to do something about it. It was on the same night she declared her commitment to join Artreach.

“My mom believes in Proverbs 22:6: ‘Train up a child in the way he should go; even when he is old he will not depart from it.’ She taught a lot of children through the years, but I realized that I am one of her students who didn’t depart from her teaching,” she said.

She went to work immediately. Her first task was to raise funds for the materials that her students will use. Pascual’s first patron was her grandmother Rose.

She purchased booklets, crayons and other materials with the P500 that was given to her. Pascual continued to go around, asking for funds from her titas and other relatives to buy art materials for her students.

She started with just three or four students per session. They were from the same barangay she was from. She limited her students to that number because she was very shy at first. These baby steps would prepare her for future art workshops where she would teach hundreds of students in one session. These workshops include art therapy for communities affected by the Taal Volcano eruption in 2020.

Pascual and her mom go to different communities in Cavite. They teach next to rivers, in barangay halls, anywhere where there is shade. They get invited to different parts of the country to hold workshops. They stay in a community for as long as they are wanted.

“You could feel it in the way they treat you. We would stay for three to four years in one area but we would leave once we feel that they are no longer interested,” she said.

Pascual gets disappointed whenever parents would tell them that a high school education, including art lessons, was enough.

Different companies sponsor their big events. They sponsor the materials that the scholars can use. But Artreach mostly gets funding from the paintings her mother sells. Fellow artists also donate their works to the organization for selling to fund more projects.

Pascual went back to school as a scholar at De La Salle University Dasmariñas. There, she studied Architecture. She admitted that she struggled financially despite the scholarship.

This was when she began selling portraits for P500 apiece. Pascual sold them to everyone. She approached her classmates to offer them her art. She went up to her professors after class and walked next to them, offering to do family portraits.

She created “couple T-shirts” and painted on mugs. She got plenty of orders during the Christmas season, and her mom would help her paint. When she was too busy with schoolwork, her mom completed the orders.

“I took the orders, my mom would paint,” she said. “That is how I earned my baon and money to buy school materials.”

The grit and perseverance, she also learned from her mother. Koni sold one-of-a-kind bookmarks when she was in grade school.

It took Pascual seven years to graduate from college because she took fewer units to be able to continue being an Artreach volunteer. When she graduated in 2015, she immersed herself completely in Artreach Missions. It was also around that time that they began receiving inquiries about art lessons from parents who were willing to pay.

Setting up their own center

In 2019, Pascual received the Gawad Geny Lopez Jr. Bayaning Kabataang Filipino award for her art. The award led to her being recognized by her grade school alma mater and in her community. Most importantly, it allowed her to coordinate with the city of Silang to expand Artreach to serving public school students.

The organization was doing well enough, such that they found a place to rent. They thought they could finally set up their own center. But the pandemic hit and all the workshops had to stop. They had to continue paying for rent for a year even when they were not using the space.

It was another blow for the organization, but it did not stop Pascual and her mother. Even while in debt, they coordinated with schools and government officials to identify their art scholars for the year.

When restrictions eased early this year, they opened Hidden Charm Café in Silang. They were invited to hold exhibits and workshops at the cafe by its owner Christian Leynes. He offered the place for free and even pledged meals for the public school students they were going to teach at the cafe.

Pascual is currently trying to pay off the pandemic debts of Artreach through the paid workshops at Hidden Charm. She could accommodate three to six students per session from 2 to 8 p.m. on weekends at P900 per head. All materials are provided, including canvas and the paint. Adults are also welcome.

When teaching students 6 and younger, Pascual would talk in a singsong voice. But she doesn’t baby the older ones. She makes them feel comfortable and doesn’t rush them to complete their paintings. Even at full capacity, she never loses control, her experience with children always evident.

Pascual said she learned how to handle difficult students. She recounts one time when she had an unruly student and she no longer knew what to do. She ended up hugging the child until the student calmed down.

Pascual is now the creative director of Artreach Missions, essentially taking over most of its operation and answering queries on their Facebook page (facebook.com/ArtreachHiddenCharmCafe). But she says she still wants to practice architecture. She intends to take a break for a year or two to prepare for the board exams. She intends to do this when she feels that her protegés are ready to take over some of her work in Artreach.

“It’s my goal to find a permanent home for Artreach. A space we can call our own,” she said.