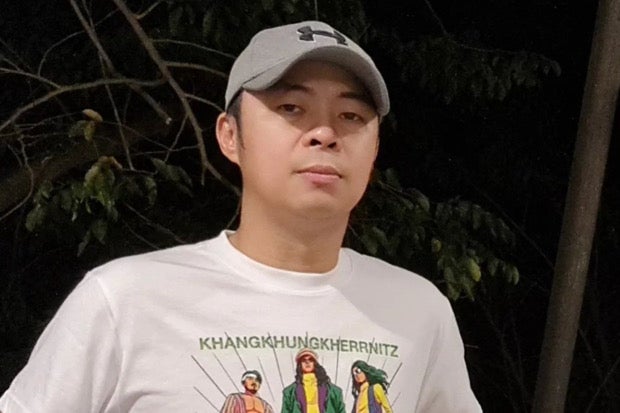 Being in Dubai now for a performance, Parokya ni Edgar frontman Chito Miranda already misses his family back in Manila.

Miranda expressed his longing for his family on his Instagram page today, March 17, where he shared a photo of Dubai’s cityscape from his hotel room.

(I miss my family so much. I feel so isolated because I’m alone in my room (we were all given one room each for safety), plus the cityscape looks alienating when you look out the window.)

With that, Miranda easily related to OFWs who are separated from their family.

(I could only imagine how hard it is for a father like me (or mother) who needs to work and stay in another country for a long time, away from family.)

“Grabe yung sakripisyo ninyo. Sana, kahit paano, makatulong kami bukas kapag nagkantahan na tayo,” he said. (Your sacrifice is great. I hope, somehow, we can help you tomorrow when we all sing.)

If it is any consolation, Miranda enjoyed the hotel’s breakfast buffet, which helped ease his sorrow.

In a related post yesterday, March 16, Miranda called his reunion with his band a “field trip with friends,” showing a photo taken while they were inside a plane going to Dubai.

(That is exactly my feeling whenever we travel as Parokya ni Edgar. We’re like grade school students going to an ice cream plant and Manila Zoo. Dindin is like your rich classmate who is a joy to be seated next to because he has lots of snacks.)

Miranda also feels weird because to him, it’s as if it two years have not passed between them as friends. He feels as if it’s just been a week since they had their latest tour.

Miranda joked that he wishes he would remember the lyrics of his songs. To address this, he said he brought his “EheadsParokya Songhits.”

‘Before, it was just me’: Chito Miranda believes family gave him ‘deeper purpose in life’

Why Chito Miranda decided to hire a dog whisperer