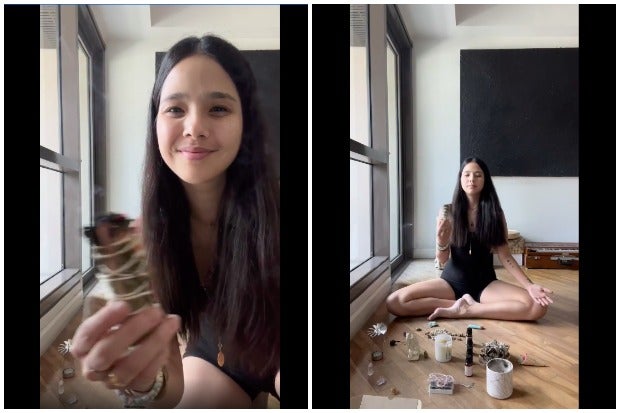 Actress and yoga instructor Maxene Magalona can’t believe that there’s a local smudge stick which proves to be at par with popular imported ones.

Smudge sticks are herbs bundled together by a twine, that when burned is believed to prevent illness and negative energy, or get rid of the impurities of a space.

Magalona showed her appreciation for the local smudge stick made by Ces Drilon’s budding herbal business, Provenciana Naturals, as can be seen in her Instagram page last Saturday, March 26, where she shared a short video of burning the herbs.

The actress was amazed at how locally grown herbs can be made into a smudge stick with unexpected effectiveness. She cited the herbs and plats used, namely sambong, turmeric, galangal, tanglad, citronella,” among others. She also noted that they were fragrant.

Drilon later commented and told Magalona that the product took a “couple of months to create.”

“Tried a lot of herbs and flowers, some I grow and others from trusted farmers. This smudge stick has over 20 elements. I feel the good vibes,” Drilon said. JB