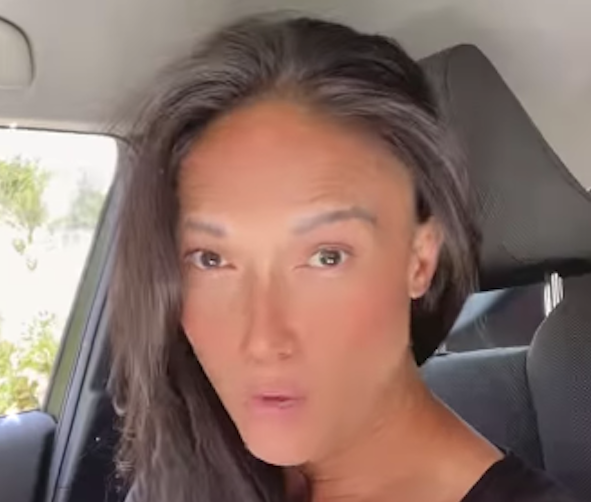 United States-based former actor BB Gandanghari is seemingly taking the side of comedian Chris Rock who was slapped by Will Smith live during the Oscars ceremony last Sunday night.

Calling it a “traumatic scene,” Gandanghari, in her Instagram page today, March 29, said she was shocked as she watched the slapping incident unfold before her eyes.

She admitted to being a regular Oscars fan, religiously watching its annual airing.

“In deference to the [Oscars], of course I am a typical film enthusiast, as I [have]… always looked forward to the Oscars. I’m always excited to know what film or performance will be considered the best among its peers,” she said. “And from what I’ve learned from film school, film is a #craft as much as it is an #ART.”

“A comic being slapped on the face, by one of the biggest superstars in the planet, in full swing, on a world stage celebrating cinematic excellence in a ‘make believe’ world. But this isn’t make believe anymore, it’s for real,” she added.

For Gandanghari, Smith went overboard with his action of slapping Rock for a joke Rock made on Smith’s wife Jada Pinkett Smith, who was likened by Rock to Demi Moore in “G.I. Jane” with a shaved head.

Gandang considers Smith’s action as “arrogant at the very least toward a co actor.”

Further, she believes there was no malice on the joke since the character of “G.I. Jane” is a strong one, being a woman in the military, and that there should be no offense in the joke as it was more of a compliment than an affront.

“I can be bald… I’ll play #GIJane anytime. I really thought it was a clean joke, please correct me if I’m wrong,” she added.

Gandanghari nonetheless warned comedians to be careful about their jokes, saying that if this can happen to a Chris Rock, at the Oscars while people watched, “it can happen to anyone at anytime.” JB

Denzel Washington to Will Smith after slapping incident: ‘At your highest moment, be careful, that’s when the devil comes for you’