In ‘komiks,’ ‘being a woman is an edge, a superpower’ | Lifestyle.INQ ❮ ❯ 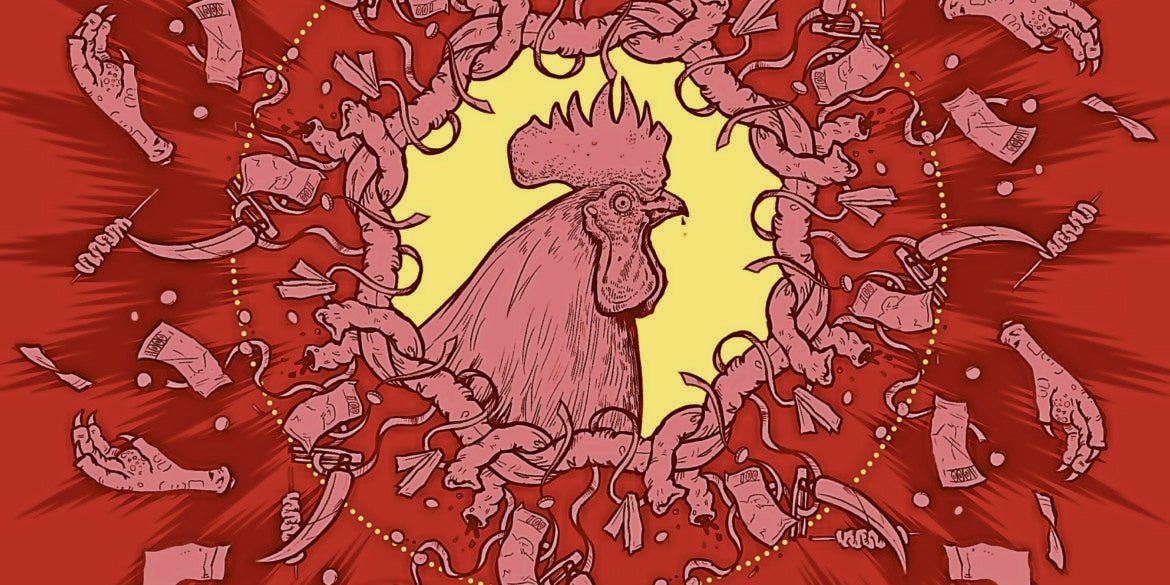 In ‘komiks,’ ‘being a woman is an edge, a superpower’

Comic books have long been associated with men—whether creators or readers. Komiks creator Paolo Herras can attest to this. “I don’t really know. But what I can share is that, yes, based on what I experienced since my first Komikon in 2012, it was 90-percent male.”

But the modern reinvention of komiks, led by the pioneering work of such creators as Emiliana Kampilan, Hulyen and Tepai Pascual, among others, has transformed that.

Aside from the brave indie creators, incubators such as Komiket, the independent local komiks market and organizer of the Philippine International Comics Festivals (Picof) that has empowered female komiks creators to showcase their storytelling.

Komiket cofounder Herras explains: “When we put up the Komiket in 2015, it was a more accessible and affordable space for first-timers to try making komiks. We attracted more female and LGBT+ creators. In the same year, we started teaching Comic Book Creator’s Workshops, which also attracted a lot of female students. The Komiket Awards has a lot of female komiks creators.”

The yearly Picof selections are published by Komiket, so the more female creators chosen, the more of their work gets published. “We’re hoping more female illustrators and writers create comics, which is one of the reasons we’re going full blast on our call for entries for Picof’s Official Selections,” says Herras.

One of Komiket’s important projects is “10 Years to Save the World,” an anthology of 10 comic stories that represent the 10 years left to save the world due to the climate change crisis, edited by Julie Tait and Herras, a joint undertaking by the Philippines and the United Kingdom. Among the Filipino creators involved are Budjette Tan and Kajo Baldisimo (“Trese”), Manix Abrera (“Kikomachine”), Kevin Eric Raymundo (“Tarantadong Kalbo”) and Kampilan (“Dead Balagtas”).

There is also Renee Galeno, whose story, “I Pray You’re Born with Gills,” is a fever dream of an expectant mother looking at a sonogram of her baby and imagining the horrific world she is bringing her baby into and what kind of mutagenic things may happen.

“I was pretty geeked!,” she says of being part of the project. “When Paolo invited me to join ‘10 Years’ last year, I was really grateful. When I found out who the other artists in the anthology would be, I got so nervous, they were all artists that were already on my shelf. It was my first time being a part of something like it and I was so eager to do well. Seeing my ‘10 Years’ entry in print was pretty surreal, I can’t imagine what it would be like to see ‘Sa Wala’ printed, too.”

A Davao native, Galeno is a 25-year-old visual artist and teacher at the University of the Philippines Diliman. She was studying to be a painter or a sculptor. “I was pretty lost toward the end of college,” she admits.

But then she was asked to make a 10-page comic in one of her last classes. “I enjoyed it so much I completely ignored my thesis in favor of making it. I just kept going from there.”

From there led her to “Sa Wala,” coming out in print form by year’s end.

“Sa Wala” begins with a taxi driver finding a rooster on his way home and decides to bring it along—but it doesn’t work out the way he expects. She is also working on the full-length graphic novel “Full of Grace,” a 2021 Picof Official Selection, about how members of a religious community, all sisters, are chosen to embark on a pilgrimage to a sacred city but find their beliefs challenged outside their community.

As for girls and women who are thinking about entering the field, Galeno says, “Be fearless: It’s a little cliché but just go for it! Try everything and have fun! If you feel intimidated, look to yourself and find that thing inside you that you love so much and need to create, let that love drive you. The negative feelings will have no choice but to take a back seat.”

The 25-year-old copywriter Katrina Therese Fernandez Olan admits to not having beeen a full-fledged komiks person until this year. She actually writes fiction. She has two novels, the Filipino sci-fi “Tablay” and steampunk fantasy “Skies Above.” She has attended a lot of conventions, where she sold her books.

It was “Tablay” that proved to be her breakthrough work as it combined two elements no one has ever thought of combining: mecha (piloted robots) and Filipino mythology: “When I began writing ‘Tablay,’ I never really thought I’d end up in the mecha genre. I just knew I wanted an absolutely radical concept. I thought about how I’d sit on my Lolo Abad’s lap as he’d tell me stories about surviving World War II.”

She thought about her Lolo Duding’s being captured by the Japanese and having to fake his during the Death March to escape and survive, how her Uncle Tito spoke of astrology and the universe’s mysteries. “I thought about different parts of my life and put it together.”

Having grown up a sci-fan, she was also “inspired by the local komiks community to create something that paid homage to my roots. That’s when I thought about combining mecha with our own Filipino mythology. The concept was so strong and unique, I just knew I had to pursue it.”

“Tablay: The Graphic Novel,” is illustrated by Paul Medalla, whom she met at Komiket 2018. “When I saw Paul’s mecha work on his table, I just knew I had to work with him. Not everyone can draw mecha, but he could.”

The two decided to pitch “Tablay” as a graphic novel (GN) and it became a Picof Official Selection. Olan is pumped for the impending release of the “Tablay” GN, which she turned into a chance to remaster the story. “There are new characters, factions and heightened tensions. The characters are also more mature.”

Olan is a an example of breaking through the preconceived notions of what someone who worked in komiks should be: “Don’t be afraid to tell your own story in your own unique and authentic voice. Like I said, being a woman is an edge and a superpower. Believe in yourself and your magic. And as women, we need to lean on each other and cheer for each other until it is our turn, too.”

Her future plans are clear: “I want to put up my own storytelling agency, own a roadside board game café and, hopefully, pilot my own mecha.”

Victoria Melissa R. Tadiar has been loving and telling stories all her life. Having grown up on anime and Disney, she tried to draw her own manga, but only committed to it after the 2016 Komiket workshop. The self-published 2017 “Sagala” was the 28-year-old information technology manager’s attempt to tell a fairy tale closer to home with the Santacruzan as an inspiration and won the Komiket Best Komiks Award in 2017.

All that made the anticipation for her next project, “Twinkle, Twinkle,” even greater. “The Western art deco movement during the 1920s to 1930s made its way to the Philippines, as evidenced by several art deco buildings in the country, so I brought that in as the setting for the story.”

In the story, the twins Alta and Signa have the ability to literally catch falling stars, but then they meet rising singer Hanan and the twins find out more about this Manila’s nightlife.

Of her komiks, Tadiar has felt “not necessarily a pushback more than a holding back—at first I had a sense that I didn’t exactly belong, or that my story was too niche to sell. A few years back, whenever I heard Filipino comics and the comic market, it was mostly male.

“My concept for ‘Sagala’ was something I was writing for a younger version of me: a teenage girl raised on shoujo manga and ‘W.I.T.C.H’ comics. I thought younger me wouldn’t normally belong on a comic convention floor. Would my comic even sell? So, I only printed fewer copies than what our workshop teachers advised.”

Fortunately, Komiket came to her rescue, as it advocated diversity and invited her to talk at events. “I even had to do a second printing in the middle of my first convention to meet the demand!”

So, what is next for her? “Unfortunately, I can’t share details about it yet, but I’m working on my dream project for the next couple years! My pretty lofty bucket list includes getting a GN published internationally, transforming ‘Sagala’ into an epic full-color trilogy, and being part of a Philippines-based studio that focuses specifically on creating comics full-time!”

Tadiar says she now gets a lot of interest from girls and women who seek to make komiks as well. “The engagement was always incredible. Hopefully, we can expect to see a lot of them come into the komiks space in the near future—and I hope to be part of the supportive community that welcomes them.”

And what is her message to them? “First, your stories are valid, and there will be an audience for them when you put them out in the world. Second, find trusted friends and mentors—creating comics is a tough journey in itself, don’t go alone! Lastly, it’s better done than perfect. Comics are made of hundreds of panels, and not every panel will be your best work ever. Get it out there, get feedback and keep going.”