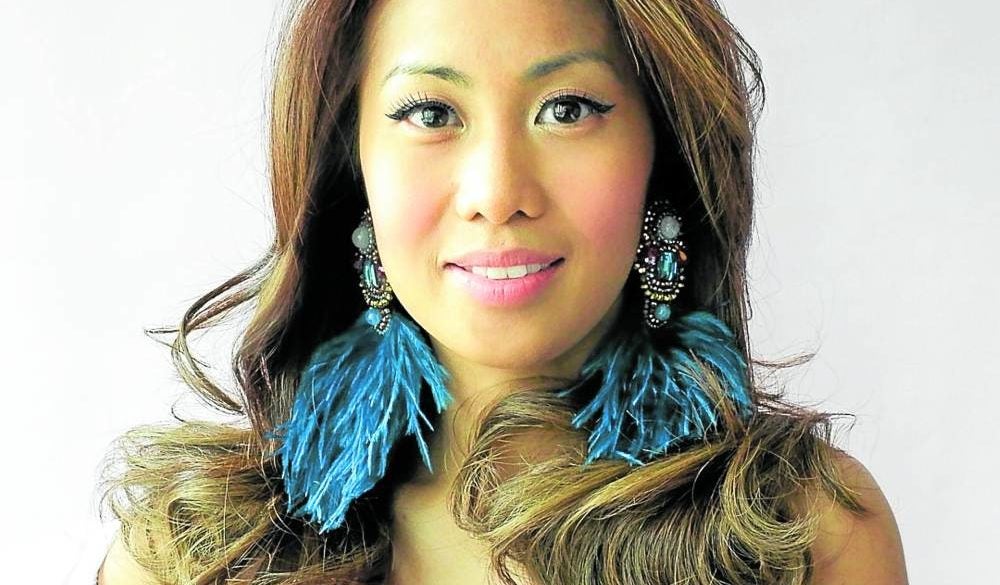 Farah Abu: “I didn’t know how I was going to support myself with this but my heart was set. I fell in love and I was hooked.”

Farah Abu was 23 when she realized she didn’t want to devote her life to being an architect.

She had graduated with a degree in architecture but when she started making one-of-a-kind bracelets that she sold in Manila and her hometown Iligan, she realized this was what she was meant to be doing: designing accessories. Her passion was clear: “To make things beautiful and make beautiful things.”

She told Lifestyle, “I didn’t know how I was going to support myself with this but my heart was set. I fell in love and I was hooked.”

But first she had to break the news to her parents. “It was tough having to upset my parents but I finally found what I wanted to do for the rest of my life so I had to fight for it.”

That was in 2005. Abu’s designs were so unique that they caught our eye. Lifestyle came out with an article on Abu and her designs. “When the feature came out, my phone rang nonstop. I had more than a hundred inquiries that day. It was the biggest turning point of my life. This was when my family understood that designing accessories was what I was destined for and I finally gained their support.”

Abu opened a two-story shop in Iligan City. Because there was plenty of space to fill, she added clothes to her offerings. She would do everything herself—from flying to Bangkok to source the clothes to handling inventory, pricing and manning the shop. This ate up time that she could have spent on her own creations.

In 2008, she decided to close the shop. “It was a dark time in my life. It made me realize that it was time to go back to my No. 1 love, designing accessories.”

And that’s what she did. “With the very little money that I had left, I decided to try two bazaars in Manila during Christmastime. I did amazingly well.”

In 2009, she decided to make Manila her base again, even though her parents wanted her to stay in Iligan.

“I did not have any contacts to the best bazaars during off-peak seasons. It was tough, because to get into the good regular bazaars, you had to be on the waiting list and they’ll only call you when there’s no one left to fill in the space or when someone backs out last minute.”

Sometimes, Abu said, she would get a call at 2 p.m., hours after a bazaar had already opened. Still, she would rush and grab the spot. “I needed it and I wanted them to remember me the next time.”

At that point, bazaars were her only source of income. And she was still doing everything on her own.

At those bazaars, she would use a three-legged table to display her creations because it was the only one she had. “I would put my luggage under the broken leg to make the table level. I was not ashamed. All I cared about was getting my designs out there. I believed in them. As long as people get to see them, I knew someone will love them. Anything made with love will always make someone happy.”

On months when she couldn’t get into bazaars, she would find other ways to show people her creations. “I would bring my accessories everywhere I go so I could sell it when there’s an opportunity … Lots of times, when I met someone for coffee and I showed my pieces, some random stranger would usually stop at our table and buy some, too.”

Abu didn’t stop the hustle. “I sold my drawings to a jewelry company as well so that helped, too. I really did everything I could to survive in Manila on my own.”

As more and more people bought her accessories, she decided to change her brand name from Glam to Farah Abu. “I want people to know who the designer is.”

Abu and her statement earrings, necklaces and bibs with mosaic beading eventually became a regular at the Metro’s best bazaars.

Some years later, she joined Manila Fame. “Manila Fame was something I’ve always wanted to join and it took me a long time to prepare for it financially, physically, mentally and emotionally.”

It would end up opening doors for her. “It enabled me to supply to different shops in the Philippines and abroad like in Paris.”

She added, “Little by little as my brand grew, I learned many things about my business and what I really want for it. And I realized that exporting by bulk is not for our brand as our necklaces take a little more time to make than others. Our mosaic pieces were laborious, meticulous and one of a kind.”

Soon, Farah Abu only participated in one bazaar a year. “We concentrated more on client calls, participating in events, supplying to local stores and shops overseas.”

Still, she said, “I honestly did not know where I belonged. The market in the country wanted affordable but my pieces were laborious.”

Despite the roadblocks, Abu persisted. “I can’t count the number of times doors were shut in my face … but that is why I am so grateful for every opportunity I am blessed with.”

In 2015, Abu was preparing for her wedding. “I wanted to make my own wedding gown. I wanted something different … something that no one has ever thought of or made and I wondered what it must be like to make a jewelry corset with the same beading technique as our necklaces. I didn’t know if it was feasible and the only way to know was to try right?”

And so she tried. It took her a month to complete the first Farah Abu jewelry corset. “It’s a top made of purely wires, stones, pearls and other beads.”

This corset would be displayed at the entryway of the Peninsula Manila ballroom for a Department of Agriculture Association of Southeast Asian Nations solidarity dinner where Abu was a featured designer.

Jacob Meier, owner of the Los Angeles-based For The Stars Fashion House, was staying at the hotel at that time and caught a glimpse of the corset. This led to a lot of opportunities for Abu, and her creations being featured in international publications.

Heart Evangelista was also seen using their Coral Reef Clutch at Bazaar Icon’s New York Fashion Week party where the actress was named one of the best dressed.

Today, her creations can be found all over the world—from Hong Kong, Singapore and Indonesia to Hollywood, Paris and Switzerland.

Joining the Artefino bazaar was another memorable moment for Abu.

“I was in love with the whole experience. Life-changing actually. Finally I found a platform where designers like myself are respected and our local products valued. It really changed my perspective on how I see Filipino products and inspired me to be more creative than ever, and at the same time, help fellow Filipinos to preserve their culture by encouraging us to design using Filipino materials.”

Abu, who is part-Tausug, celebrates her heritage. “Having no one to carry the last name made me decide to have the letter A as my logo to honor my parents. I want the name Abu to live forever.”

It’s been 18 years since Abu made the decision to devote her life to designing accessories and she’s gone through a lot. But one thing hasn’t changed, she said. “How we make our accessories will always be the same—we put all of our heart, mind and soul into everything we do.”

It’s important to Abu as well that her brand empowers women in different ways. “We create bold statement pieces that not only make women feel beautiful but also empowers them to wear whatever they want to wear and be whoever they want to be.”

She added, “My company also employs young women from less fortunate backgrounds who wish to help their families. It is a brand that focuses not only on its clients but also on the betterment of its employees. Happy hands that work on our designs always make beautiful pieces.”