Hero Angeles, from SCQ to MMK, has got a wealth of life lessons | Inquirer Lifestyle ❮ ❯ 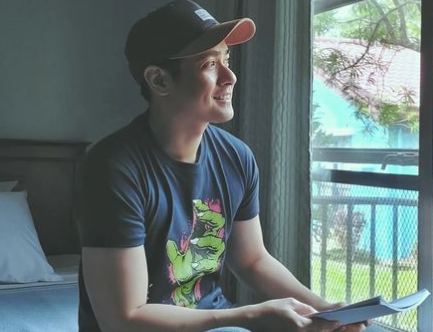 Hero Angeles, from SCQ to MMK, has got a wealth of life lessons

Star Circle Quest grand winner Hero Angeles recalled the changes in his career that helped shaped him as a person and as an actor.

Angeles, who plays brother to Sky Quizon and Marlo Mortel in a new “Maalaala Mo Kaya” (MMK) episode to be aired on April 2, recalled his early days as a grand winner in a reality TV contest.

“Marami, maraming ipinagbago. 2004 kasi ako sumali sa SCQ (Star Circle Quest),” he said in an online press conference, March 28, for the drama anthology hosted by Charo Santos-Concio. (There has been so many changes. It was in 2004 when I joined SCQ.)

(I became a letter sender here in MMK. I also played myself in my life story. From there, I’ve learned many things. When I am given projects, shows, movies, [the lessons] keep coming. But as time goes by, I learn so many things.)

Beyond SCQ, Angeles also got a lot from meeting people such as directors and actors. Working with Quizon and Mortel as his younger siblings, Angeles said, has enriched him, because they all open up about their life experiences during break.

(You can draw from those. If you are given characters that are similar to those in their story, there, you learn from that. You can apply it in the character you will do, in your future projects.) JB