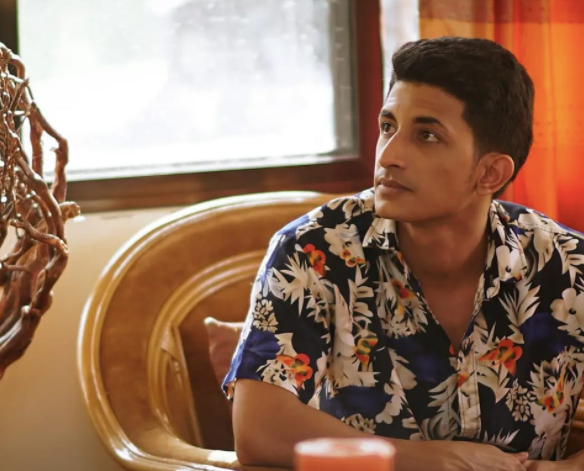 The actor, who starred in the BL series, “Jojowain o Trotropahin” was asked if he’s willing to do a BL movie with “Island of Desire” co-actor Sean de Guzman.

“Sa akin, ‘yung may love scene sa lalaki, hindi na ako tatanggap ng ganoon. Actually, gumawa na ako ng ganoon, nag-BL na ako,” he said during the online press conference for the sex-drama movie “Island of Desire,” March 28. (For me, if there’s a love scene with a guy, I won’t accept something like that. Actually, I already did that, I have done a BL project.)

Flores is firm in saying that he will refuse projects that will make him do love scenes with another guy.

“Ngayon siguro hindi na kasi nag-start na naman ako na ka-love scene ko babae so hindi siguro. Hindi ako gagawa ng BL movie. Kung sakali man, hindi siguro kasi ma-o-awkward talaga ako. Hindi ako sanay,” he explained. (Now, maybe not anymore, because I’ve started doing love scenes with a woman anyway, so it’s a no. I will not make a BL movie. If ever, I will not do it, because I will feel awkward. I’m not used to it.)

Meanwhile Flores says he is challenged by his role as a womanizer in “Island of Desire.”

(It’s a new challenge because it’s a new character that I play here. Actually, I don’t do this in real life, I have not done it in my past movies as well. My character always wants to womanize, he is always cheating on his wife.)

Flores described his character as being without remorse and does not care about his wife. His character only wants sex and is devoid of love, he added.