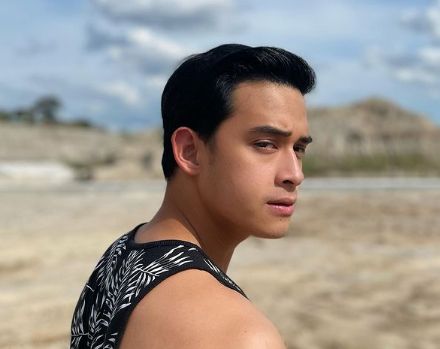 Diego Loyzaga lost money to a scammer, learns about greed

Diego Loyzaga experienced greed first hand when he was scammed, a learning moment for the actor.

“I acquired some money, which I won. Ginawa ko sa (What I did with the) money, instead of keeping it, I invested it somewhere else, thinking na lalaki ‘yung pera (that the money would gain profit). So you could say that is greed and that personally happened to me,” Loyzaga said during the online press conference for his latest film, “Greed,” last March 31. The movie also stars Nadine Lustre and Jeffrey “Epy” Quizon.

Loyzaga believes that greed sets in when a person lacks contentment and wants more than what one has.

“You always look at the things you could have rather than the things that you do have,” he explained.

He made an example of an artist who wants more for his talent fee and ends up losing the gig.

“What ends up happening is hindi matutuloy ang raket kasi ‘yung budget na hiningi mo (the gig will not push through because you asked for a budget that) was too big, and then you end up losing the whole thing entirely,” he said. “I guess that’s greed.”