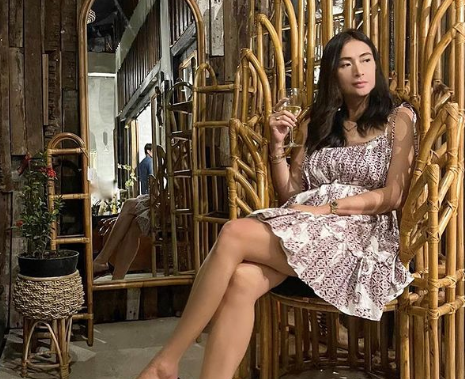 There are many ways to move forward from a failed relationship, and actress-host Phoemela Baranda believes that there is one sign indicating if a person has truly moved on.

“Ang pinaka-move on is ‘yung mag-date ka na uli, ‘di ba? Kapag nakapag-date ka na uli, meaning nakapag-move on ka na,” Baranda said when asked how she had moved on from a breakup, during the online press conference for the digital series “How To Move On In 30 Days,” last March 30.

As the title of her project suggests, the are indeed many ways for people who have gone through breakups to get over the heartache, but this involves a process, she explained. The phases involve denial, and to go beyond denial, one has to accept the pain then release it. One can cry it out, or one can confront the ex-partner, which was what she did.

Baranda also reached out to her friends and told them what her ex-boyfriend did to her. After some time, the pain was finally gone.

“After a while, magiging kaibigan mo na ‘yung ibang ex. Proseso talaga,” she said. (After a while, you can even already be friends with some of your exes. It is really a process.)

“How To Move On In 30 Days started streaming on YouTube last April 4. Aside from Baranda, it also stars Maris Racal, Carlo Aquino and Albie Casiño. JB