Carlo Aquino on how to get over heartbreak: Talk about it until you're tired of it | Inquirer Lifestyle ❮ ❯ 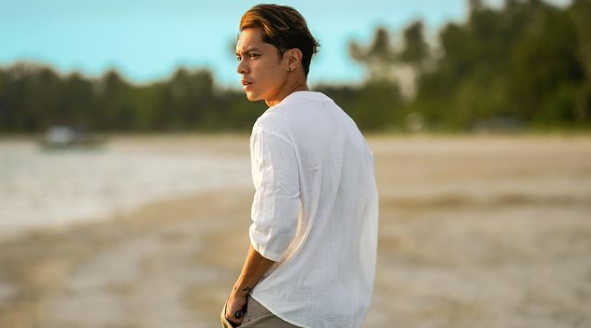 Carlo Aquino on how to get over heartbreak: Talk about it until you’re tired of it

Spending time with friends and communing with nature are some of the ways by which Carlo Aquino forgets the pain of a broken heart.

Aquino spoke about how he moves on from a failed romance during the online press conference for the digital series “How To Move On In 30 Days,” last March 30. The series, which premiered on April 4, stars Aquino as Franco Sibayan, a barista, surf instructor and boyfriend for hire.

“I spend time with friends, nature. Punta sa dagat, sa bundok (I go to the sea, to the mountains),” he shared. And like any typical person, he talks about his heartbreak to his friends.

For Aquino, there is no definite time for a brokenhearted guy to move on. He thinks it is a process that leads to the pain fading away in time.

“Minsan nga hindi mo alam naka-move on ka na pala,” he said. (Sometimes you do not even know that you have already moved on.)

Aquino believes that a guy is way past the trying-to-move on stage when he is already willing to meet another girl.