Guitar that broke Oasis up for auction in Paris | Inquirer Lifestyle ❮ ❯ 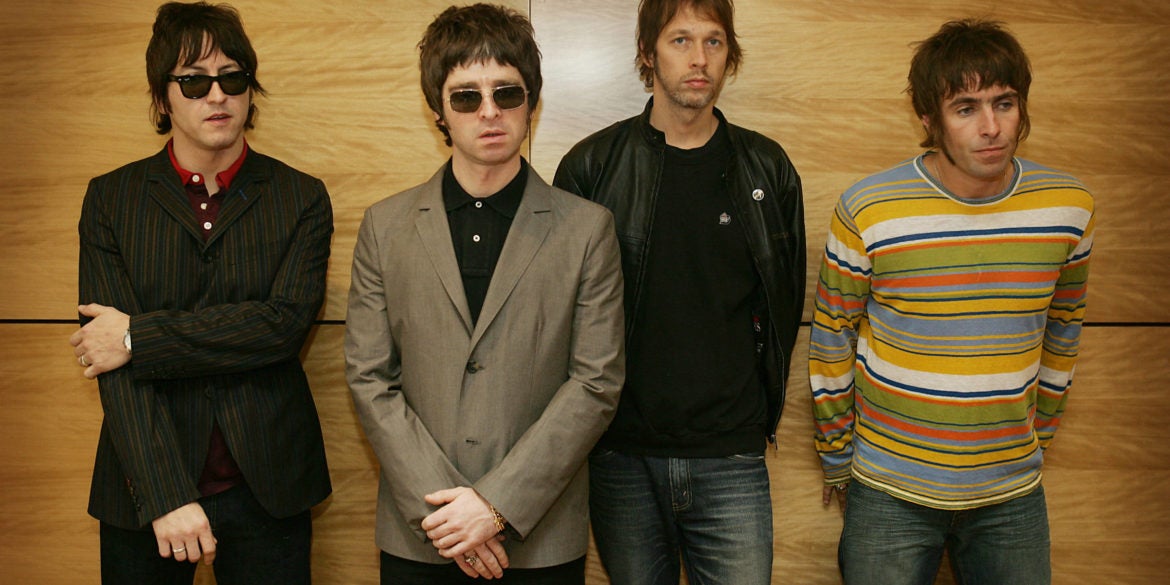 (FILES) In this file photo taken on February 25, 2006 shows from L-R Gem, Noel Gallagher, Andy Bell and Liam Gallagher, members of the British rock band "Oasis" posing for a photocall in Hong Kong. - One altercation too many, a guitar smashed in the dressing room and Oasis broke up: a symbol of a page of rock music that is turning, the instrument, which has since been repaired, will be sold at auction in Paris on 17 May, 2022. (Photo by Mike CLARKE / AFP)

Guitar that broke Oasis up for auction in Paris

A guitar, the smashing of which triggered the break-up of Oasis stars Liam and Noel Gallagher, goes under the hammer in Paris next month alongside other rock memorabilia.

Later repaired, the red Gibson’s destruction at the French capital’s Rock en Seine festival in 2009 was “a cult moment” in music history, said Jonathan Berg, a guitar expert and cofounder of the Artpeges gallery holding the auction.

The notoriously fractious Britpop legends had been slated to play at Rock en Seine towards the end of a year-long global tour — but “things had been brewing for a while between the two brothers,” Berg said.

“It exploded backstage, one of Noel’s guitars got broken and that led to the group breaking up.”

An eager crowd waiting for the pair to appear were stunned to get the message that Oasis was history.

The dramatic split set off years of public barbs between the brothers via the press and social media that have gradually cooled off.

But the musician “got rid of it in the end, because it reminds him too much of Oasis,” said Berg’s partner, Arthur Perault.

Also on the auction block, but expected to fetch much lower bids is a set of bondage gear worn by Depeche Mode’s Martin Gore in a 1980s photoshoot.

And a rare vinyl signed by both Jimi Hendrix and beloved French rocker Johnny Hallyday is up for grabs.

Hendrix signed the record after a 1966 concert in eastern French city Nancy, when a fan of “Johnny” sought out her idol in a cafe, but found only his supporting act, the then-unknown Jimi Hendrix Experience.

Some 45 years later, in 2011, French Jimi Hendrix expert Yazid Manou put the owner in touch with Hallyday to finally complete the autograph collection.