Elijah Canlas steps out of the middle child zone for his role in 'Misis Piggy' | Lifestyle.INQ ❮ ❯ 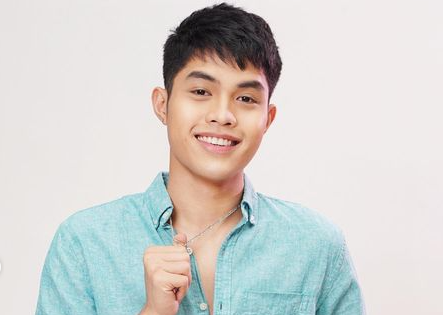 When asked if he had to make any major adjustments for his role in the new series “Misis Piggy,” award-winning young actor Elijah Canlas feels there has been no need for such, even despite his known background in dark or edgy movies and shows.

Canlas is playing Jeffrey, the youngest son of veteran actress Sylvia Sanchez in the iWantTFC family drama series which premieres tomorrow, April 25. His role is a far cry from the characters he played in the films “Kalel, 15,” “He Who Is Without Sin,” “How To Die Young In Manila” “Edward” and the acclaimed Boys’ Love series “Gameboys.”

(It appears that there was no need for adjustment. I mean, my role here is actually safe compared to the roles I’ve done before.)

(When I read the script, the characters are already fully fleshed out. I just asked director Carlo [Enciso Catu] a few questions. Of course, when I stepped on set, as the house was already there and I was already in costume as Jeffrey, and in the company of the entire cast in character, it was like it just came authentically too.)

But Canlas is actually a middle child in real life, and thus differs greatly from Jeffrey. Still, he managed to see a similarity between him and his character. Canlas cited how he grew up in a competitive family, and he turned out to be the quiet one who would make comments on certain matters from time to time. This he said is one of his connections with Jeffrey, that is, taking the role of the observer in the family.

“Kaya sobrang rich noong bunso,” he pointed out. (That is why the character of the youngest son is so rich.)