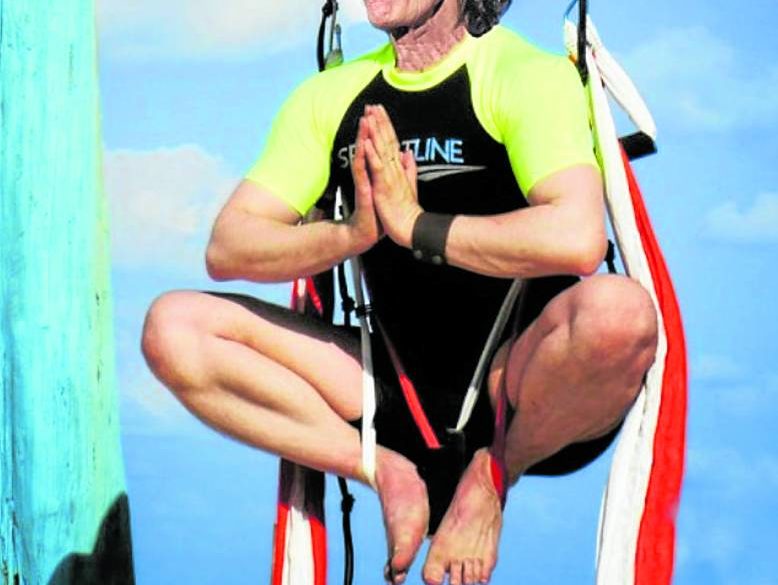 The Red Hot Chili Peppers’ performance of “Give it Away” on the Howard Stern show on April 5 blew me away. Not just from the shock that a song from my youth is already 30 years old, but also because bassist Flea was still jumping sky-high while playing, and vocalist Anthony Kiedis went topless as usual to reveal his ageless torso. Both will turn 60 this year.

The 2020 Superbowl half-time show with a 50-year-old Jennifer Lopez was the best I’ve seen yet. Detractors can say all they want about her diva behavior, but it’s undeniable that when J. Lo performs, those unforgiving knee slides and pole work are all her.

The Rolling Stones frontman Mick Jagger underwent heart surgery at 75 and returned to touring against doctors’ orders, with no signs of toning down his crazy cardio on stage. (He’s said to traverse about 12 miles or 19 kilometers per show!)

According to imdb.com, out of four dance routine options, he chose to perform the most difficult without any help from the cast. Also, since he looked younger than his age, Disney had to age him further with makeup.

Amid all the cosmetic surgery rampant in the entertainment sphere, it’s inspiring to see these people put in the actual work into being their best. Granted, they can afford the best trainers and nutrition, but they still do the work themselves. The common thread? They’ve made fitness their lifestyle, the unsexy consistency of making the time and effort.

J. Lo credits dance as a major part of her life and happiness, working out for an hour four to five times a week. She is also fastidious about hydration; eating all-organic, unprocessed and nutrient-dense food; and getting enough sleep. Refined foods, caffeine and alcohol are no-nos.

GQ magazine reported that Jagger has maintained a 28-inch waistline for 40 years. According to British Vogue (2019), Jagger’s dad was a PE teacher who encouraged physical activity since he was 3 years old.

The veteran rocker has since been dedicated to strength and endurance fitness, training up to six times a week in running, cycling and kickboxing, gym work and dancing. Lately, he’s been focusing on yoga, Pilates and ballet. He also eats an organic diet of fruit, vegetables, legumes, lean protein and whole grains.

Van Dyke still works out every day at 96 years old. The Grammy-, Emmy-, and Tony-award winner also published a book in 2015, “Keep Moving and Other Tips and Truths about Aging.” He stressed the importance of abdominal workouts, citing the stomach as the core of the whole body.

Yoga for BJJ is an app that has kept me sane through the lockdowns. In one video, Sebastian Brosche motivates practitioners to hold a plank by sharing about how 62-year-old George Hood broke the world record for planking eight hours, 15 minutes and 15 seconds, then celebrated by doing 75 pushups.

“If I want to be able to move the way that I want, I need to do something about it, and yoga is the most accessible option to increase your mobility,” said Brosche.

The older I get, the more fascinated I am by people who’ve aged well.

Before gallbladder surgery over a decade ago, I remember my doctor asking if I was nervous. “A bit,” I admitted.

“Why? Do you want to live forever? You don’t want to get old and sick anyway,” he joked.

My grandmother died at 97. She was old, but she wasn’t sick. She wasn’t the healthiest eater, but she stayed lean, lived in an apartment with stairs most of her life, loved to walk in her heels, kept sharp doing the crosswords of eight newspapers, and had a wicked sense of humor.

At 75, my dad could still jump on a bed and chase after his grandchildren. He saw a viral ad of an elderly man lifting kettlebells daily in preparation for lifting his granddaughter to put the star on their Christmas tree. Inspired, my dad did the same with my 6-year-old last Christmas.

I only wish to be able to still move the way I want to beyond my senior years, to not be a burden to family and to remain strong for them. —CONTRIBUTED