Sedie Coffee: Reaching for a dream and not giving up | Lifestyle.INQ ❮ ❯ 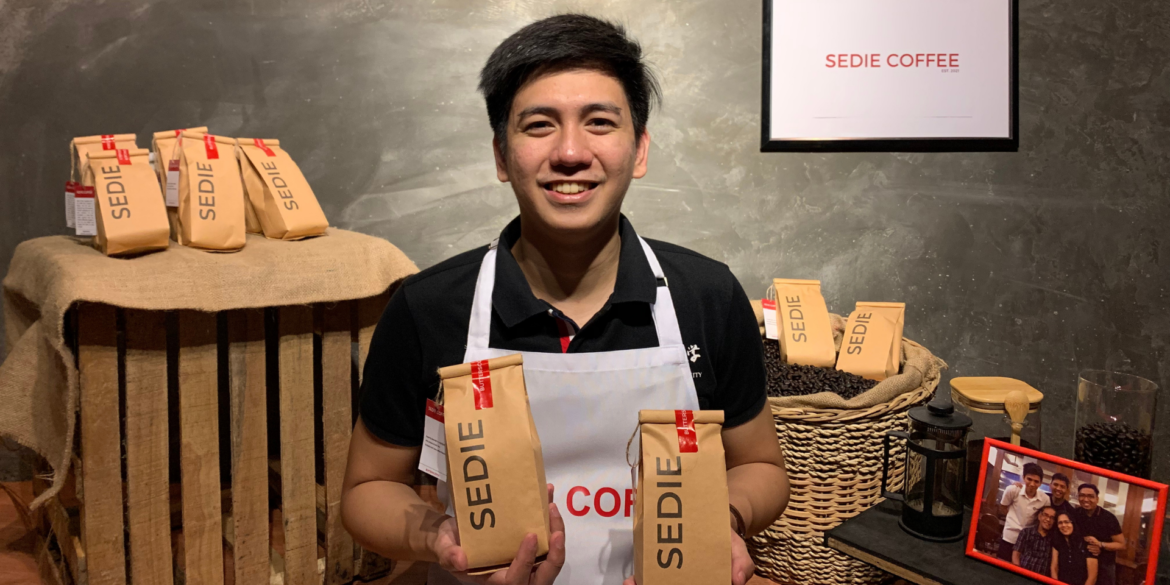 Sedie Coffee: Reaching for a dream and not giving up

MANILA, Philippines—When Mark Joseph Sedilla graduated from college in 2018, all he wanted was to give back to his parents, especially to his father Ramon who financed his study through jeepney driving.

Sedilla, the youngest of three brothers, thought of one way to accomplish this goal—by starting a business—so that he could help provide a comfortable retirement for his parents.

But before his business idea materialized, he received news that every child is afraid to hear.

He will no longer be able to give the life he wanted for the foundation of their home. Ramon, a loving father who drove jeepney for almost 35 years to support his family, is dead.

“He helped the three of us finish our studies. After I graduated, I wanted to give back to my mother and father. So I came up with an idea. I was working on it, then suddenly, when I was about to start Sedie Coffee, my father died,” Sedilla said in an interview with INQUIRER.net.

Ramon died in 2020 due to complications in his gallbladder. But even after his death, his memory lived on through his youngest son.

It was evident in the name Sedie in Sedie Coffee, which aims to bring honor to the family name and to Ramon himself.

Aside from the goal of helping his parents, Sedilla also thought of starting a business because he wanted to be productive during the pandemic.

“Since we are quarantined in our homes, I thought to myself that there is nothing I will do, so why don’t I start a business? At least I will earn an income,” said Sedilla.

There were challenges, however, along the way. For Sedilla, the hardest obstacle was to maintain the initial momentum in running a business.

This thought kept him focused, though: He didn’t want to be someone who starts something and later gives up.

“If you will look at it, you just have to pass through that level of difficulty and you will get to your goal easier,” he said.

“The first step is the most difficult, because it is the biggest step you have to take. But after you overcome that, you will easily go through the second, third, and fourth steps,” Sedilla said.

The key to overcoming these challenges, according to Sedilla, is consistency.

‘Shoot for the moon’

Sedie Coffee’s current operations may be simple for now, but Sedilla is a brave dreamer.

“My long term goal for Sedie Coffee is for it to become one of the biggest suppliers in the Philippines and also all over the world, and also [to launch] coffee shops, but our priority for now is to supply coffee products,” he said.

His dreams may be too lofty for a young entrepreneur, but why not?