I am a Filipino politician, and I love the LGBTs | Inquirer Lifestyle ❮ ❯ 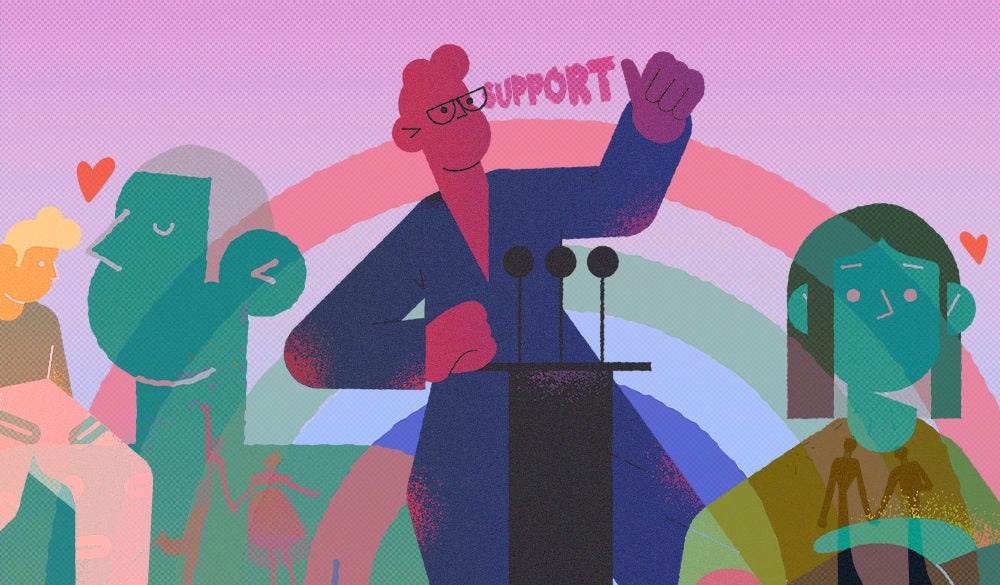 I am a Filipino politician, and I love the LGBTs

Editor’s note: The following article is a work of fiction, meant as satire. The story, all names, characters, and incidents portrayed in this article are fictitious. No identification with actual persons (living or deceased), places, buildings, and products is intended or should be inferred. The article does not purport to reflect the opinions or views of Lifestyle Inquirer and Inquirer.net

Oh yes, I support the LGBTs! I love LGBT people and I think they’re wonderful. I think they contribute a lot of amazing things to society and they are very talented. We shouldn’t underestimate them. We have to respect them. Some of them work for me and I’ve seen how hardworking and funny they are. I have LGBT friends and they are great.

LGBT people should be free to live the life that they want! They are born that way. What they do with their lives is not my business. They should be allowed to exist in society. As the Pope said, who am I to judge? Everyone should be happy. We should not judge people, especially LGBT people. We should all be equal. Equality is important.

You know, I think I’m LGBT too. I feel the suffering of the community because I don’t like gender stereotyping. I don’t like being boxed into gender roles. Sometimes I even wear clothes that aren’t stereotypically meant for my gender. And I like to style my hair differently. Minsan undercut, sometimes long hair. People get confused about that! They don’t know if they should call me sir or ma’am. They’re also scared because I’ve beaten up people before, haha.

You know kasi, I don’t think LGBT people are being discriminated against. There are isolated incidents. But generally, the Philippines is a very accepting country and we don’t need a law. Because that’s special protection! What about religion? We need to protect religion and beliefs.

What was that again? You’re asking why am I fighting to protect my religious beliefs which I chose, but not the rights of LGBT people who didn’t choose because they were born that way? Who said they were born that way? I did? No, I think you didn’t hear me correctly. It’s on the record? No, you misunderstood me. LGBT people chose to live their lifestyle and it’s unfair to the majority that we give them special privileges.

And honestly, as a Christian, I believe they are committing a sin. But I’m not saying I’m perfect! I’m just saying that we’re all sinful and we should follow God. God made man and woman, and women are meant for men. That’s why I don’t believe in same-sex marriage. I think it’s wrong and unnatural.

What did you say? Homosexuality exists in 1,500 species of animals? I don’t believe that. I only trust the word of God. These scientific studies are no match for the Bible, because man’s knowledge is foolishness in God’s sight, 1 Corinthians 3:19.

But let’s get back to what I was saying earlier because I think that it is the most important part you need to write as the headline: I love and support the LGBTs.

Didn’t you hear what I said? Why are you asking me what I’ve done for the community before? I think you’re purposely distracting people from my main message, which is that I love the LGBTs and I empathize with their problems.

Please stop bringing up the argument that the reason why LGBT people suffer is because of poverty, and that poverty is connected with what my family did, which is steal money from the government.

You don’t understand politics and statecraft, hija. You know sometimes we have to compromise to achieve the greater good. All you people do is complain, complain, complain. You don’t recognize all the things that you’ve gotten. You’re so ungrateful. Ano ba ang ambag mo?

You have to stop creating discord and disharmony. We are all Filipinos. We have to rise up. During these hard times, every Filipino has to unite. Behind me.