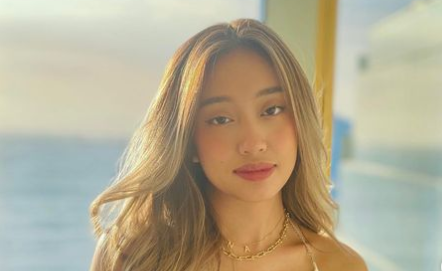 New singer Fana could not contain her excitement as she joins young divas in the concert, “The Broken Playlist,” happening tomorrow, Friday, April 29 at 8 p.m. on ktx.ph.

Fana will perform with Angeline Quinto, Gigi De Lana, Jona, Kyla and Morissette in the concert. She is grateful for the opportunity because this is her first time to sing for a teleserye. She said it feels surreal because it is a dream come true.

(I just used to watch back then, and listen. Now I’m a part of it.)

Fana said she was not expecting to be in the company of young divas and just the thought of performing with them makes her “speechless.”

She prepared immensely for the concert especially since it is her first time. She now sleeps early. She usually stays late at night, but for the concert, she made some sacrifices.

Fana believes that she must stay true to the emotions of the song she is interpreting, more so when it is being used as a teleserye theme song.

Tickets to the concert are still available at ktx.ph for VIP access with the main concert link and Zoom afterparty exclusive. Tickets for regular access of the concert are also still up for grabs. JB

LOOK: Ben&Ben teases new song out on May 1