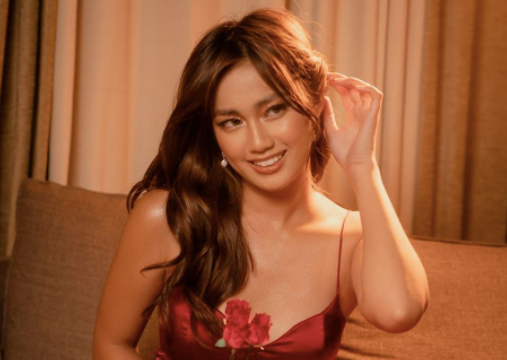 Ayanna Misola learns about how women could fall for each other

Playing the role of an island girl who grows fond of a newcomer with superb cooking skills, Ayanna Misola understood how a woman could actually fall for another woman.

She also admitted that when she was younger, she was against that kind of a relationship.

(But now I already know their reasons [for falling for each other]. I learned the point of view of the character because it was as if she fell. There are reasons why.)

In the movie, Misola’s Jenny character admired Janelle Tee’s Euka character for her cooking skills. Jenny follows her around until she finally catches Euka’s attention.

With that, Misola was asked about what’s her ultimate sexual fantasy, and without blinking, she said she wanted it to be underwater, but it comes with a challenge.