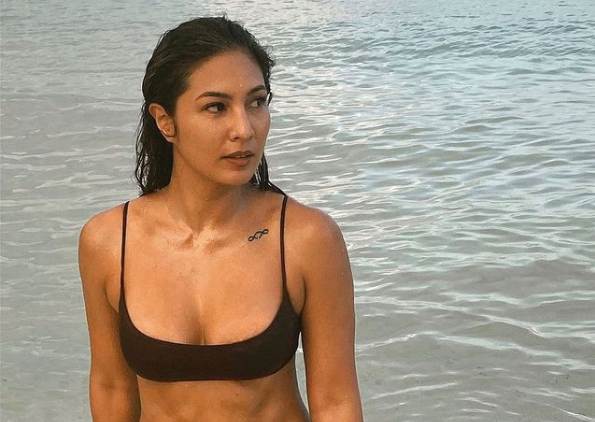 Bubbles Paraiso proved wrong someone who said, ‘You can’t become a triathlete’

Actress and triathlete Bubbles Paraiso reflected on her journey to sports, noting how she was not discouraged when someone tried to dissuade her from getting into the world of athletes.

Paraiso shared some of her little triumphs as a triathlete through her Instagram page today, May 2, posting a collage of videos in the different sports she has competed in.

“Someone once said to me: ‘you can’t become a triathlete. You don’t even know how to swim and you hate running. You cried when I made you run,’” she recalled, without naming the person who tried to discourage her.

The comment did not dampen Paraiso’s spirit. She continued to do her best in marathon, swimming and biking, and in time, she was able to accomplish little successes.

“When someone tells you that you can’t do something, do it well, prove them wrong, and take pictures. Lots of it,” she advised. “With enough hard work, tenacity and mental fortitude you will exceed even your own limits and expectations of yourself.”

Now, Paraiso is excited for her comeback race. Last March, Paraiso returned to running, as per an Instagram update she shared with fellow sports enthusiasts.

“[Of] the three disciplines of tri, running had been my least favorite of them all, having the mindset that it’s ‘just something I need to do (and quick!) to get to the finish line,’” she said.

Paraiso sustained a foot injury which was why running took a backseat. JB

LOOK: Anne Curtis shows off toned abs at the beach