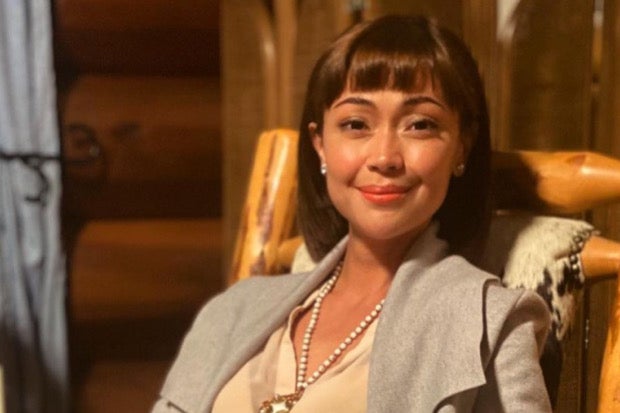 “Papunta pa lang tayo sa exciting part.” This is actress Jodi Sta. Maria’s most popular one-liner in “The Broken Marriage Vow,” which has been used as memes, spoofs and parodies, which the actress thinks help promote the series.

“I think by creating memes and spoofs, kahit papaano ay napapagaan ang isang temang mabigat. Nakakatulong siya sa pag-spread ng awareness, ‘ah, meron palang show na ganito. Tingnan natin.’ Ang nangyayari, nagkakaroon ng  maraming viewers ang ‘The Broken Marriage Vow,’” Sta. Maria said during the online conference for the “The Broken Playlist” on April 26. (I think that by creating memes and spoofs, this somehow lightens up a theme that is heavy. It helps in spreading awareness, ‘Oh, there’s a show like that. Let’s see it.’ This results in many viewers of “The Broken Marriage Vow.”)

Sta. Maria is overwhelmed by how far the line has gone.

“‘Yung akala mo na isang simpleng linya, kumbaga naging viral siya, magiging meme siya, gagawan siya ng parody or gagawan siya ng spoof,” she said. (What you thought was a simple line became viral as it becomes a meme, a parody or spoof is made out of the line.)

Not taking the whole credit for its popularity, Sta. Maria feels the writers of the show should be given the accolade.

Jodi Sta. Maria on getting married again: ‘I’d want to, with the right person’