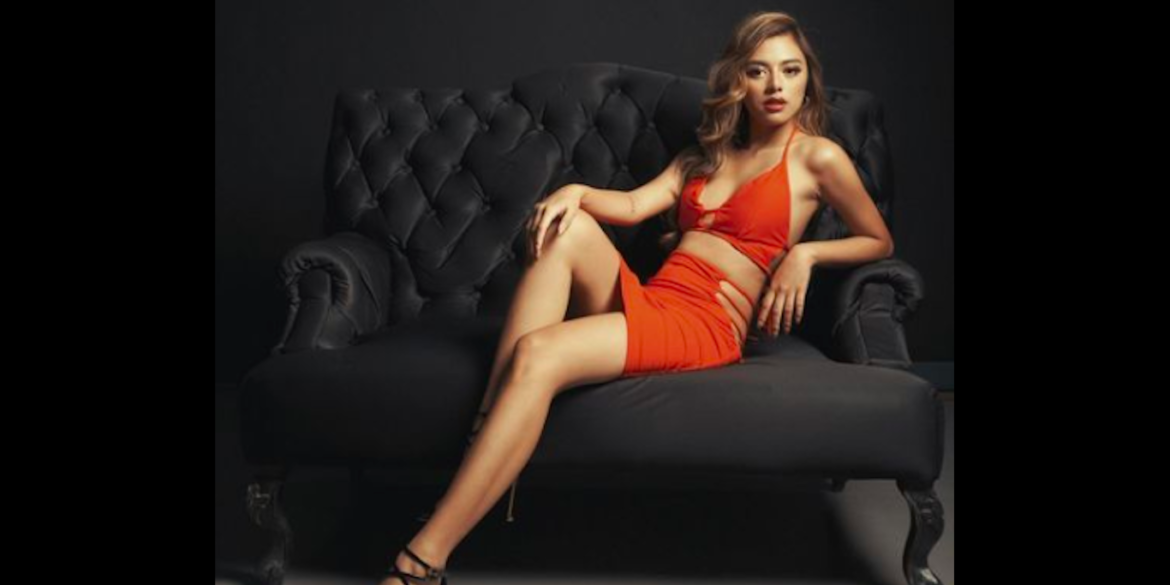 Newcomer Denise Esteban has admitted that she did get hurt when people close to her judged her as she forayed into the realm of sexy films.

“Medyo nasaktan ako kasi ‘yung mga taong malalapit sa akin, sila pa ‘yung nanghusga sa akin dahil sa aking pagpapaseksi,” Esteban said during the online press conference for the movie “Doblado” last Thursday, May 5. (I was slightly hurt because the people close to me turned out to be the ones who judged me for taking on sexy roles.)

But she learned to brush these criticisms aside. All that she is feeling right now is elation, for becoming the lead star of a movie.

(It makes me so proud that they got me as a lead star right away. I am so happy that I was able to impress people for them to take me as a lead star. I am feeling mixed emotions. I am so nervous, excited and extremely happy.)

A Vivamax original movie, “Doblado” follows the story of Jaira (Esteban), a beautiful college student in her early 20s. Despite her prim and proper image, Jaira has a well-kept secret — she is a student by day but a part-time, high-class prostitute by night.

While playing Jaira, Esteban learned something from her character, and that is to “not judge the book” by its cover, she said: “Kasi hindi natin alam kung ano ang pinagdadaanan ng mga tao.” (Because we do not know that people are going through.)

She added that the most difficult part she had to shoot in the movie is a rape scene.

“Sobrang nahirapan po ako doon. Hindi mag-sink in sa akin ‘yung thought na mare-rape ka sa scene na iyon. Sobrang kabado, sobrang hirap ako doon,” she said. (I had difficulty there. It could not sink in to me that I will get raped in that scene. I was really nervous, I really found that scene difficult.)

“Doblado” has started streaming on Vivamax last Friday, May 6. JB