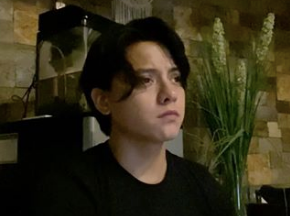 For Kapamilya actor Daniel Padilla, watching Filipino films and soap operas is one way of preserving the culture of Filipinos.

Padilla stressed the importance of knowing what Filipino culture is all about during the online press conference for his new series with off- and onscreen partner Kathryn Bernardo, “2 Good 2 Be True,” last Friday, May 6.

(It is good that our countrymen, especially those in the United States and in other countries, and the youth, watch Filipino films, because these richly show our culture, which we do not see anymore. Sometimes, when we are far away, Filipino values [shown in programs] are what we see. Because sometimes I know people from other countries who have already forgotten their roots as Filipino.)

Padilla also explained why it took four long years for him and Bernardo to star in a new teleserye.

(It was delayed because after our previous show “The House Arrest of Us,” COVID-19 cases went up. Shooting was halted. Then we were given the script for this teleserye. Of course, we studied and read it.)

Their decision-making took long because they were actually presented five scripts, and when they saw that Ronaldo Valdez was in the cast of “2 Good 2 Be True,” that was what made them decide to accept it. He also explained that he and Bernardo were looking for something different, having also just finished a fantaserye, “La Luna Sangre.” Being in a love team, he knows that he and Bernardo should present something new to their KathNiel fans.

(What do the people want to see? Where did the people love us? It’s been four years. Should we return [to teleseryes], what should we do? And this is it. This is it.)

Padilla and Bernardo play Eloy and Ali, two people who had to live through the tragedies of their past and were scarred by love.