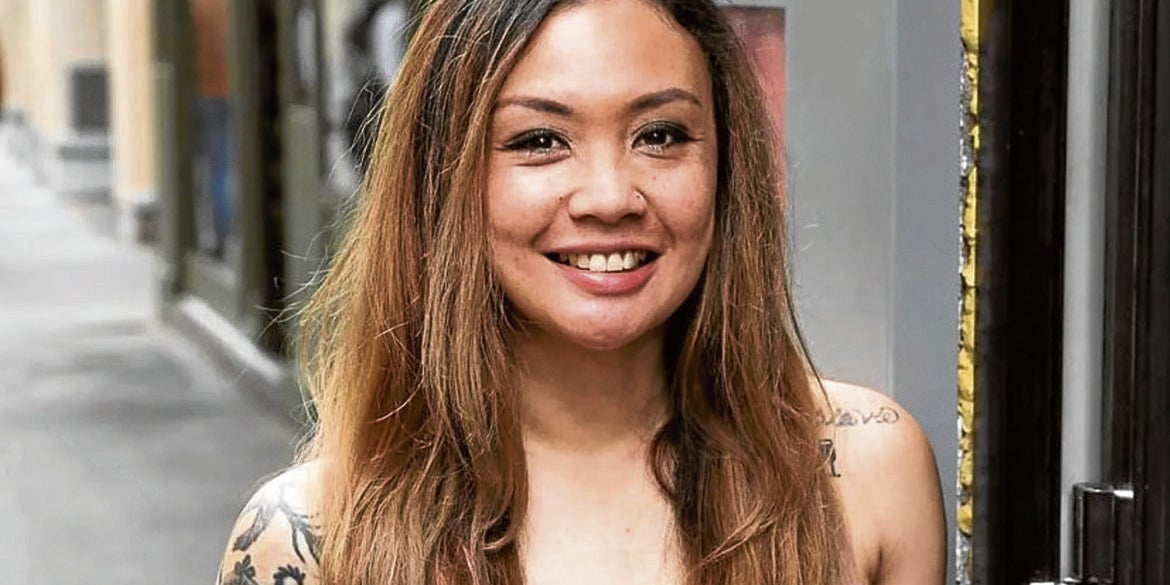 I ’ve been witnessing the natural evolution of my good friend Erica Paredes for two decades now—from a hip-hop music-loving grunge college batchmate, to a cool mom to daughter Ananda, then to a beauty editor for a local teen magazine. For a time, she was also a fellow contributor for this newspaper.

Of her many roles, though, I’ve never seen her as passionate and dedicated than as a chef and restaurateur.

“I’ve always had a love affair with food,” said the 42-year-old. “Though we always had a cook at home, my mom is a very good cook, and so was my grandma. I would hang out at my grandma’s house and watch her bake or cook. When I was around 8 or 9, I used to look for food in my parents’ pantry, cook whatever, and sell it to my grandparents, neighbors or whoever was willing to give me an extra buck.”

It was merely a hobby and a way to earn extra money when she was young, but when she entered adulthood, cooking became more of a kind of therapy. In fact, there was a time when she would rearrange her daily schedule so she could come home early and prepare dinner for family and friends.

In 2016, she pursued a career in culinary. She packed her bags and moved to Paris, France, to enroll at Le Cordon Bleu. where she eventually finished with a diploma in cuisine and a pastry certificate.

After graduation, she interned in a couple of French establishments then started a supper club in her own apartment.

“I also did private dinners for a couple of years before I did my very first pop-up,” she recalled.

The talented chef hopped from one restaurant to another, introducing the market to her take on Filipino and Southeast Asian fare that’s rooted in flavor but more playful in execution and presentation. That stint lasted for three years, long enough for her to finally muster the courage to open her own space.

Located on 41 rue de Montreuil, Reyna officially opened on May 6 with its own set of birthing pains, which included a gas leak—which forced her to cook with two induction burners for a roomful of customers—and no service refrigerators. “Everything here takes so long,” she lamented. Still, she soldiered on, and has been serving a packed restaurant night after night.

Among her popular signatures are the vegan aubergine kare-kare, and fried chicken with sauces such as adobo and patis caramel. She also serves a charred wedge of cabbage that’s dressed in a sesame gochujang sauce, crispy potato fries topped with soy-calamansi braised beef and roasted garlic yogurt, crispy pork belly bites with kecap manis and Sichuan oil, and calamansi cheesecake with polvoron crumb.

Filipino cuisine is under-represented in Paris, and so it brings her much joy and pride to be able to champion our food using seasonal produce. Her plates may not be strictly traditional, but she makes sure to keep the spirit and flavor close to the original. Green papaya, for example, is hard to come by in France; thus, her atchara uses fennel or whatever vegetable is ripe for picking in the farms.

“I want Filipino food to be on the radar. I know it’s still going to be a while before it becomes mainstream, but this is a good start.”

I’m adding Filipino culinary ambassador to her credentials, and given her track record, I’m so sure my good friend will be also acing that role, just like the ones that came before it.