The next ‘golden age’ of PH fashion? | Lifestyle.INQ ❮ ❯ 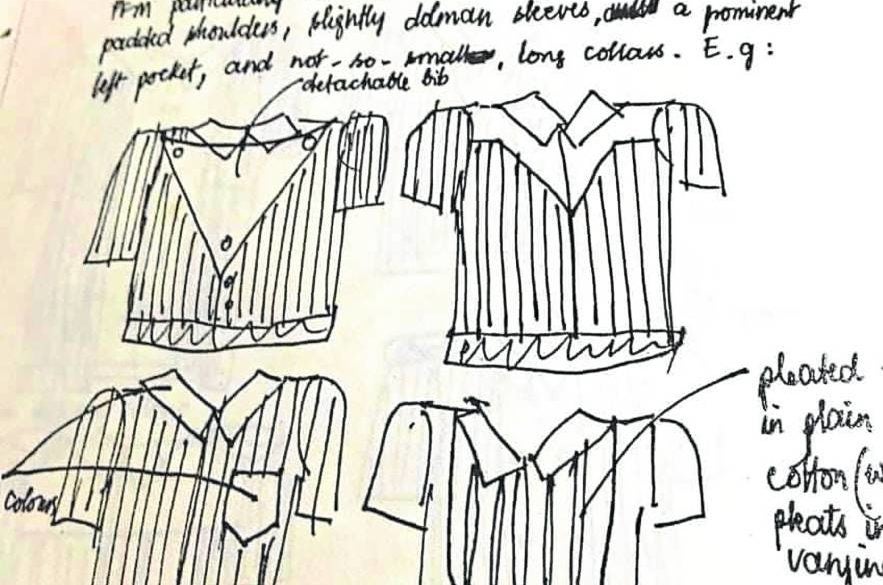 The next ‘golden age’ of PH fashion?

With the inauguration of a new administration just weeks away, a number of designers have signified interest in dressing presumptive president Ferdinand Marcos Jr., his wife Liza, and sisters Imee and Irene. During her time as first lady, it was Marcos’ mother Imelda who was known for the way she carried the terno at both local and foreign social events.

In “Pinoy Pop Culture” (2001), the book she coauthored with Manny Chavez, Gilda Cordero Fernando wrote about how the terno with its unmistakable butterfly sleeves became Imelda’s “signature costume worn to all official functions.”

The terno fit because the ones she wore were calibrated to her build.

Scenographer and TernoCon proponent Gino Gonzales told Lifestyle in a phone interview that Imelda had requested designer Ramon Valera to “adjust the sleeves in relation to her frame and her daily activities.” The result was fractionally smaller sleeves. It may not have been obvious to the untrained eye, but the adjustment made a difference.

She also had a penchant for high fashion. In an article in the International Herald Tribune, Thomas Fuller wrote how Imelda once “spent $4.46 million during a shopping spree in the United States [where she wrote out] checks for a $200,000 bejeweled bracelet at Cartier and $228,800 worth of clothes at Emanuel Ungaro.”

Apart from Valera, Joe Salazar and Christian Espiritu were the two other designers who dressed Imelda in variations of the terno.

Salazar was said to make as many as 10 terno a week for Imelda, while the most Espiritu did for the first lady was 17 terno for an official trip to Japan.

There’s understandable interest, since the past Marcos regime was a lucrative period for many fashion designers, who enjoyed the patronage of Imelda and her Blue Ladies, leading some industry insiders to describe the era as the “golden age” of Philippine fashion.

Veteran designer Espiritu has since retired and now spends most of his time at home where he listens to music and tends to his garden. Lifestyle reached out to him and other designers for their thoughts on who among the Marcoses they wanted to dress, and what they would make for them given the chance.

Several designers begged off from replying, with one of them, who had previously dressed the incoming first lady, saying they didn’t want to be “canceled given the heated political climate.”

“These designers have numerous staff to think of—sewers, patternmakers and beaders—so any work that comes their way is and should be welcomed,” Gonzales said.

Christian Espiritu: “I would like to dress the wife of the presumptive president in simpler versions of what I designed for his mother. I will use finer and subtler embroideries. Subtlety will be the key.”

Barge Ramos: “I designed a jusi shirt-jac (shirt jacket) for Marcos Sr. with red silkscreened stripes and the Presidential logo—also silkscreened—on the pocket. Imee ordered probably about a dozen for him for the 1986 campaign. Imee initially sent sketches and also a couple of Armani shirts. I think that’s what she was referring to in her handwritten note ‘not to copy exactly but to derive the collar, etc.’

“After the Marcoses left, there were two shirt-jacs left in the shop. I brought them with me to New York in 1991. The late (playwright and poet) Rolando Tinio set up an appointment for me to meet Ms. Marcos, through Conchita Razon (Martin Nievera’s mom). I gave the two remaining shirt-jacs to Ms. Marcos in her New York townhouse. Rolando told me, ‘You can’t invite her to your show at the Philippine Center because the Filipinos there are so mean to her. Tinutusok pa siya ng aspili.’“

Hopefully I get to design for them, but no calls yet.”

Cary Santiago: “The matriarch Imelda Romualdez Marcos is an icon. I would love to dress her, but given her fragile condition, it might be difficult and challenging.

“Sen. Imee Marcos is such a joy. I had dinner with her a few years back and I recall how warm she was to me. Irene Marcos Araneta is a lady with so much grace. Her taste in fashion is also impeccable, and it would be a big pleasure to dress her up.

“But if there is really one that I would love to dress if given the chance, it would be our incoming first lady Liza Araneta-Marcos. I was able to dress her up once almost a decade ago. It would be such an honor to dress her up again. The silhouette will be very basic to maintain the classic style and feel. The fabric should be something light so she will be very comfortable wearing it. Jewel-toned colors will also fit her well.”

Edgar Madamba: “Imee can wear jeans and t-shirts well. She can also be daring in her fashion choices. For her, I would design tailored separates using abel Iloko. Irene wears understated outfits that look elegant on her. She has a very unique style and I would do a little bit of what she likes, but make it timeless and unique. I would make a her a dress or skirt with quilted inabel.”

Ivarluski Aseron: “I have made clothes for Liza Marcos. I made terno and dresses for her…It depends, if she wants me to make more.”

The outspoken Espiritu has one hope for the designers who do end up with the task of dressing the new First Family: “Hopefully they stop vandalizing the sanctity of our national costume.”