How learning to cook helped me recover from disordered eating | Lifestyle.INQ ❮ ❯ 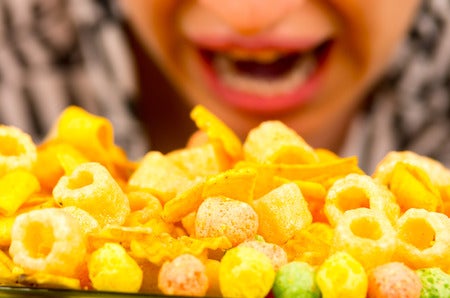 How learning to cook helped me recover from disordered eating

I first touched a stove at around 9 or 10 years old in fourth grade Home Economics class.

We were doing our performance task for the term, and the class was divided into smaller groups, with each member bringing a specific ingredient we needed. If I remember correctly, we were making pineapple pancakes. The eggs I brought were mixed in with my group mates’ pancake mix concoction, the can of pineapple rings was pried open, our teacher had the pan ready, and it was my group’s turn to scoop the batter onto the piping-hot surface.

My mother is an avid baker, but, understandably, had always kept me away from the dangerous black appliance in our kitchen—the gas stove and oven. At times, I would be permitted to stir the mixture of eggs and flour and whatever else, but never to go anywhere near the oven, which explained the level of intimidation and anxiety I felt as I was tasked to flip the hot and flimsy disk that was the pancake.

Before that fateful day, my only “cooking” experiences were making cup noodles and toasting bread. It was a huge step from what I was used to, but it was also the very step that led me to venture on a journey with this newfound skill.

It is worth noting that, at the time, I didn’t have the healthiest relationship with food. I switched back and forth with disordered eating habits—restricting, binging and starving, which made me extremely conscious of what I ate.

Over time, I started gaining confidence in my cooking skills, making noodles by the packet instead of by cup. Eggs weren’t intimidating anymore and neither was Spam. Perfectly cooked pancakes were no longer a rarity.

I fell in love with the process of making food, the intricacy, the experiments, how everything depended on what you wanted to taste that day. I was picking up new techniques and recipes online; “MasterChef” was always binge-watched.

One thing I hadn’t noticed before but can be so clearly seen in hindsight was that cooking regularly helped repair my strained relationship with eating. Understanding what was in the meals I was making exceedingly reduced the hesitance I had in consuming some dishes.

Aside from this, it also served as my way of showing my love and appreciation for others. I often cooked for my little brother: chicken nuggets, grilled cheese, sunny-side up eggs and noodles were often the way I showed my affection, and it was also how we would bond—with food in the middle of the night. I made my mother cupcakes for her birthday last year, and on my father’s birthday in March, I baked him a chocolate cake, the first I’ve ever made.

It is so remarkably difficult to overcome hindrances like eating disorders, and so if you are struggling, I truly hope you find your push to recovery soonest. —CONTRIBUTED

The author is an incoming Grade 9 student at De La Salle Zobel.