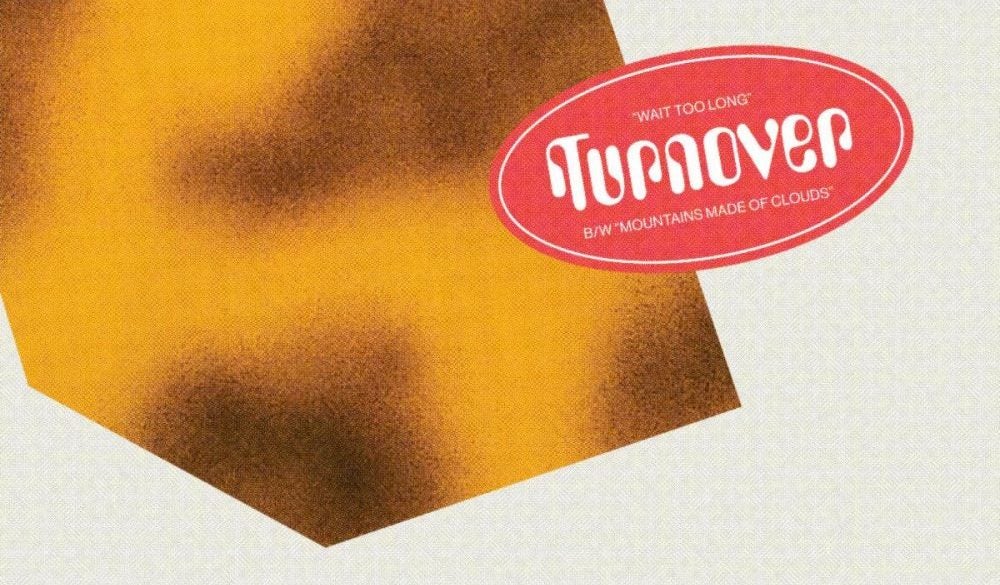 Turnover releases “Wait Too Long” and “Mountains Made Of Clouds”

Here’s one thing to look forward to: new music from your favorite artists. After 2019’s Altogether Virginia-based band Turnover has made their presence known with two new singles entitled “Wait Too Long” and “Mountains Made Of Clouds” ahead of their USA tour later this month.

There is a significant change in direction for the band as the two singles have indicated: “Mountains Made of Clouds”, released with its own visualizer, presents a swathe of psychedelic influences in its sleeve, while “Wait Too Long” — released with its own music video — indulges in a smoother, gentler sound that hits all the right spots. If the two tracks leave any traces of what to expect in a new full-length release (if any), we’re poised to receive stellar additions to our playlists on heavy rotation.

Frontman Austin Getz has this to say about the band’s latest releases:

Wait Too Long’ is about expectation from yourself and others about what life is supposed to be like. Finding that balance of being motivated and inspired by what’s around you without it feeling like something pushing you down. I moved away from northern California this year. A town called Sebastopol was my home for about 5 years and i changed a lot in my time out there. ‘Mountains Made Of Clouds’ is an ode to that time and place. I wrote it from the perspective of a bunch of different people I gathered things from while I lived there and my own observation. It’s a song I wrote hoping to be able to listen back years from now and remember it.

Listen to the two tracks below: