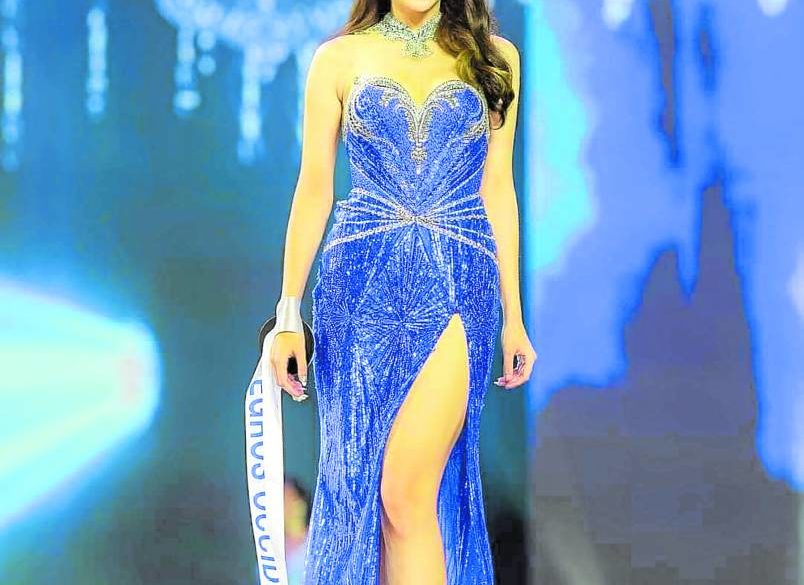 MANILA, Philippines — A French-Filipino woman will represent the Philippines in the Miss World pageant after Gwendolyne Fourniol beat 35 other aspirants in the contest staged at Mall of Asia Arena in Pasay City on June 5.

Fourniol may have entered the pageant’s semifinals by topping the “Beach Beauty” challenge, one of the pageant’s “fast-track” events whose winners automatically advance to the next stage of the competition. But she also endeared herself to the judges and spectators with her heartfelt answers during the contest’s interview rounds.

When asked how the people can cope with the education deficit caused by the pandemic, she responded: “As an advocate of education, I agree that during the pandemic we have suffered the most. But the children who [lack access] to education have suffered the greatest. And working hand-in-hand with the ERDA Foundation who empower the marginalized Filipinos, I believe by uniting benefactors and encouraging our children, and allowing them to go back to school, especially during the pandemic will make this world a better place.”

She punctuated her answer by saying, “Education is the greatest weapon against poverty.”

Part of the crowd in the arena were the ERDA Foundation’s wards and volunteers, and Fourniol acknowledged them at one point on stage. She has been volunteering and helping the organization, which has also helped her mother escape poverty in Negros Occidental decades ago.

When the Inquirer asked her after the coronation how she will use her crown to further help ERDA Foundation, Fourniol said, “My crown is a bigger platform to empower people, and I can reach a larger audience. I hope to unite more benefactors around the world in order for children to come back to school.”