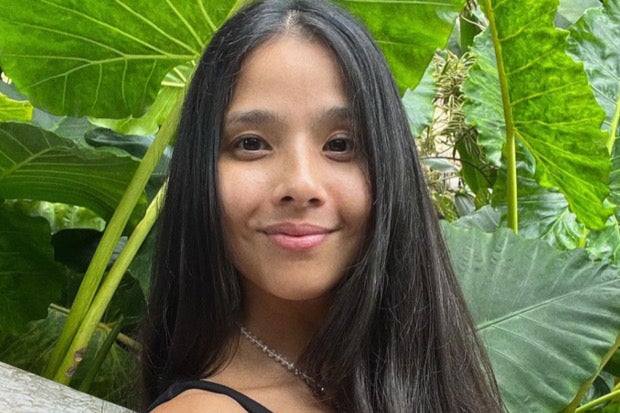 Maxene Magalona extols the many virtues of Hindu goddess Saraswati

In an Instagram post yesterday, June 6, Magalona shared a photo of her and a friend while holding a Saraswati statue.

“Saraswati governs the energy of Creativity and Intelligence. It indicates creation and creativity in all forms. It is also the seed sound for all kinds of artistic and creative actions such as writing, visual arts, singing, dance and music,” she wrote in the caption.

Magalona shared how “before proceeding with any kind of creative venture, Saraswati’s grace is invoked for a smooth flow of ideas which are then transformed into creative forms.”

“Since all of life is a form of creation, it is essential to obtain Saraswati’s grace so our actions are wise and timed appropriately. Because of this key attribute, she is one of the energy forms invoked at the onset of any venture,” she said.

Magalona believes that Saraswati is very important in every endeavor.

“[We call] in the energy of Saraswati to guide us with her creativity, wisdom and grace as we put in the work (while we continue to do our self-work) to build and grow @thesoulspaceph,” she said.

Magalona last month returned to meditation after she wrapped up work for the series “Viral Scandal.” She shared some photos and videos of herself while inside the Alchemy Yoga Center.  /ra

Maxene Magalona shares how she deals with negative energy