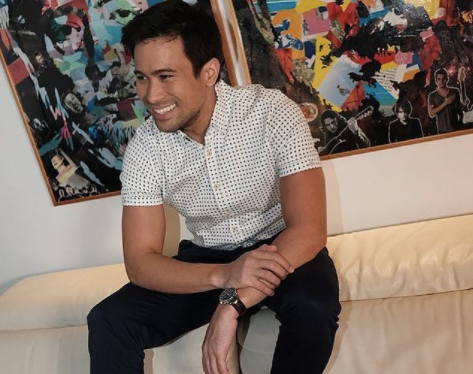 Sam Milby, in his new teleserye, must choose: Love or family?

Playing the elder brother who got entangled in a love triangle with his younger brother is something that Sam Milby finds challenging.

As Dave Estrella, his character got embroiled in a heart-wrenching tug-of-war with his brother Paco Estrella, played by Gerald Anderon, as he pursues Ivana Alawi’s character Cherry Red in the new TV series “A Family Affair.”

“I feel that he does represent those people that are left with that hard choice bilang panganay (as the eldest). Do you choose love or protecting the family?” Milby said about his character during the online press conference for the show, June 7. “And it think there’s people sa mundo na ‘yun ang choice nila, ‘yung sacrifice na kailangang gawin. Iiwan mo ‘yung pagmamahal para sa pamilya.”

(And I think there are people in the world who take that choice, the sacrifice that needs to be done. You will set aside romance for your family.)

Milby did not like what his character did and felt he could not do what he did in the name of love.

“I don’t think I will be able to do that, ‘yung choice ni (the choice of) Dave. It’s a rollercoaster of bad decisions na nangyari tapos may (which happened and then there’s) repercussions later on,” he said.

“For me, hindi ko kaya ‘yung ginawa ni Dave (I can’t do what Dave did). I think a lot of people will be able to relate sa character ko (in my character),” he added.

Cheating is also tackled in the series, and Milby cannot figure out why this thing happens. As every situation is different, he believes that “it’s hard to generalize.”

“Puwedeng may pagkukulang ‘yung partner so hinahanap ‘yung pagkukulang sa partner sa ibang tao. Walang time ‘yung partner para sa iyo so ‘yung isang taong ito mas nagbibigay ng time,” he said. (It could be that the partner has shortcomings so you fill that void through other people. Your partner does not have time for you, while another person gives you more time.)

In the end, Milby stressed that problems in any relationship can be solved if there is communication. JB