Happiness in a bottle, a cruise ride and a magical party | Inquirer Lifestyle ❮ ❯ 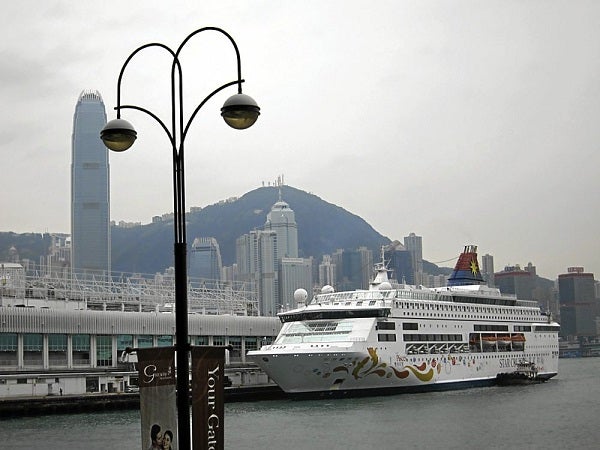 Happiness in a bottle, a cruise ride and a magical party

Coca-Cola Philippines has, for more than 100 years, spread happiness all over the world. To commemorate its centennial, Coke recently held a thanksgiving gala—a special concert featuring stars such as Piolo Pascual, Erik Santos, Arnel Pineda and Gary Valenciano, who all sang the wonderful Coke jingles we all grew up with. Coke’s iconic music has been with us for a century, and helping them celebrate were director and ABS-CBN Star Magic head Johnny Manahan and music director, maestro Ryan Cayabyab.

The brainchild of talent guru Keren Pascual, the book is a product of the efforts of Coke to capture the essence of happiness for the Pinoy nation. The individuals featured include celebrity ambassadors, distinguished personalities from different functions, and people whose business of spreading happiness is unequivocal.

Coca-Cola Philippines marketing director Anubha Sahasrabuddhe told me the book is “the physical manifestation of the legacy of their brand, the heritage of happiness.” For my photo, master lensman Jun de Leon took a classic angle of my face to get that ’20s era vibe. Both Bench King Ben Chan and I were photographed the same day and our beautiful photos are next to each other.

At the end of the evening, right after Gary V sang the Coca-Cola 100 Years anthem, “Tuloy,” a grand toast was initiated in honor of all the people who have opened a bottle of Coke and spread the message of hope and happiness all these years.

Having been around for half the years that Coke has been in the country, Keren has been in golden celebration mode all year. He gathered up a few Coke Ambassadors and special friends for a Hong Kong cruise onboard SuperStar Pisces of Star Cruises, the third largest cruise line in the world.

For many years now, Keren has invited our family to enjoy Star Cruises to many destinations. Cruise time is always fun time with all our celebrity and media friends, as we experience the wonderful, value-for-money vacation that is a cruise.

On board the Pisces, we headed straight to the top deck for a photo-op with the stunning Hong Kong skyline in the background. To make sure we would not get seasick, we took the Bonamine pills the crew was handing out, and then ate to our hearts’ content and sang ourselves hoarse at the ship’s karaoke bar.

As with all cruise lines, many staff are proudly Pinoy, so we always get extra pampering. We are looking forward to going on more exciting trips with Keren in the future.

For those who would like to try their luck to win a 4-day, 3-night cruise onboard SuperStar Libra, or a 3-day, 2-night Holiday Package from Resorts World Genting, or a trip to watch the soccer match of Aston Villa vs Tottenham Hotspur in England, check out Star Cruises on Facebook or log on to www.starcruises.com.

Another wonderful friend who recently celebrated the Big 5-O is kindhearted businesswoman Ruthy Vera. Together with her loving husband Bobet and family, Ruthy held a magical dinner party in an expansive garden setting, featuring tables filled with giant topiaries of red American roses on glass flutes. Ruthy was resplendent in a sexy, body-hugging Versace gown.

The affair was handled by event maven Miguel Miñana and his team from ThemeWorks. Among their special touches was a huge tent covered with white drapery and festooned with twinkling mirrored balls. Starlit LED curtains tucked behind manicured plants added more flair to the décor.

Right after dessert, one of Bobet and Ruthy’s boys, Miguel, went onstage to welcome everyone. Bobet then serenaded his wife, accompanied by the Manila Philharmonic Orchestra. To everyone’s delight, international star Lea Salonga walked down the center aisle to duet with Bobet! Another surprise appeared when youngest son Paolo came on stage to sing with Lea as well.

Kids Francesca and Anton gave a wonderful tribute to their mom Ruthy, who has been so selfless and devoted to her family. Her prayerful life has rewarded her with life’s blessings. Ruthy is also one of the most generous ladies I am happy to know.

Easter is just around the corner and I am delighted that I have successfully kept my Lenten sacrifices so far. It is pretty difficult to give up wine and dessert, especially with the many functions I attend.

One such affair was the after-concert cocktails of Blake, a classical vocal quartet, at Greenbelt 5. The award-winning classical boy band from the UK is back in Manila, thanks to Ayala Malls.

Blake released its debut album in 2007 and has won over many fans in the half-decade since. The foursome sings popular classical songs and themes from movies, creating a classical-pop crossover sound. The albums are released under Universal Records. Philippine Tatler editor Anton San Diego is proud to have “discovered” the guys on YouTube, and successfully brought them in for all Pinoys to enjoy.

Speaking of Brit music, the icon Olivia Newton-John will be in concert at the Smart Araneta Coliseum on March 31. ONJ has won four Grammys over her four-decade stellar career, and thanks to concert promoters Wilbros Live, she will have a one-night Greatest Hits concert, featuring her all-time beloved songs “I Honestly Love You,” “Hopelessly Devoted To You,” “Xanadu,” and many more.

e-mail her at [email protected]