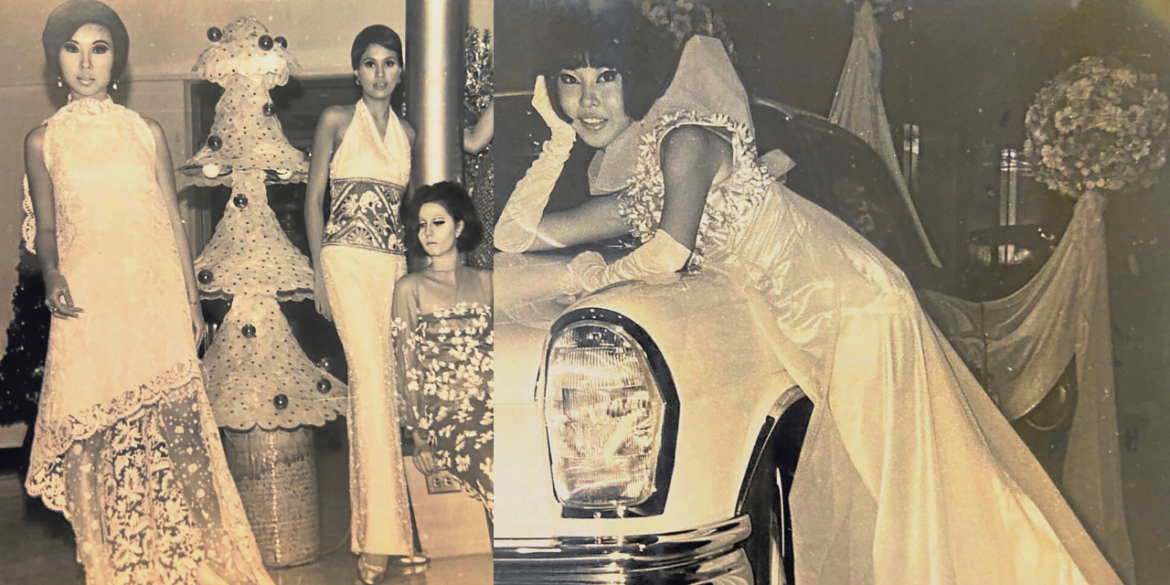 The announcement last week that Salvacion Lim Higgins, or Slim as she was more popularly known, had been posthumously bestowed the title National Artist for Fashion Design was roundly applauded by the fashion community. Since she had established Slim’s Fashion & Arts School in 1960, tens of thousands of students have passed through its doors, some of whom have gone on to make a name for themselves.“I’ve always taken pride in being a Slim’s alumnus,” said Dubai-based designer Michael Cinco. “I took up fashion design as soon as I decided to stop going to college back in the early ’90s. I took to design like a duck to water, eagerly absorbing everything our instructors taught us even with some challenges.”

The designer, known for his extravagant crystal-encrusted creations worn by singers, actors and royalty, recalled how his limited allowance back then was barely enough to buy the materials needed for school projects and cover bus fare. “But looking back now, it was a most memorable time. It was when I knew my dream would soon become a reality.”

Alex Pigao, another Slim’s alumnus, was obsessed with fashion when he enrolled at the school. “I wanted to take up journalism initially because I wanted to be like Boy Abunda, but I realized I love fashion. I was reading Vogue as a child,” Pigao said.

Pigao said that what really stuck with him were the lessons on discipline and patience at Slim’s. Like Cinco, who matriculated with him at the same time, he also had to budget his expenses. “I lived in Quezon City and had to make sure I was in Makati before 8 a.m. when classes started. It was a real sacrifice.”

Pigao learned the basics at school and went on to win several design prizes.

For Cinco, Slim’s was a fashion trailblazer. “A creative visionary, she was ahead of her time. Her conferment is timely and relevant when fashion is bouncing back after the lull resulting from the pandemic.”

Designer Albert Andrada, himself an alumnus of the school, recalled that aside from learning how to create clothes, he also learned discipline, like “how to be attentive to the smallest detail of each of your creations and, most importantly, loving your craft with the heart of a Filipino.”Andrada is known for designing the now iconic blue gown worn by Pia Wurtzbach when she won Miss Universe 2015. He’s hopeful that Slim’s National Artist award will inspire more talented Filipinos. “With Slim’s as an inspiration, fashion in the Philippines will know what couture is at its finest,” he said.

Designer Joey Samson, who is known for his clean lines and razor-sharp designs, is another Slim’s alumnus. He recalled how, a few weeks into his course, he was urged by one of his teachers to submit an entry to the Philippine leg of the Young Designers Competition in Paris.“I was hesitant because I felt I wasn’t ready, but she told me she wouldn’t pressure me to join if she didn’t feel that my work was good enough or was not a good representation of the school. Her words gave me courage and I will never forget the support I had from her,” Samson said.He’s hopeful the award will encourage more creative people to explore the world of fashion and design.“Slim’s Fashion & Arts School has been in the industry for over 60 years. It has produced a lot of renowned and respected fashion designers for our country. The National Artist award just cemented this esteemed status,” Samson said.

Silk Cocoon designer Jeannie Lim Goulbourn has a more intimate view of the newly minted National Artist. A niece of Salvacion and Purificacion Lim, Goulbourn spent many summers with the two sisters. The rest of the year was spent in Bicol with Margarita Diaz Lim, the sisters’ mother.

“I studied pattern making with Auntie Puring when I turned 16 until I was 20—I was also their fit model. I remember standing on several books to make me taller while Auntie Salvacion draped fabric around my body. I always observed what she did, something I had been doing since I was eight years old,” Goulbourn said.

She recalled that the first time she met Slim, she spoke French and sang French songs. “Auntie Puring said that Auntie Salvacion had lived in France for several years. The latter loved talking to me about her favorite painters, Henri Matisse and Paul Gauguin. She admired the embroidery of Lesage and insisted on buying stones and beads from Paris.”

Slim’s Parisian training gave her the boldness to go beyond what was known to the ladies of high society. Goulbourn added that her aunt was fearless when it came to colors, pairing purple and shocking pink with teal blue.

“Auntie Salvacion would explain how she wanted the gown done and Auntie Puring would draw the pattern on paper before transferring it on muslin. That’s when Auntie Salvacion would pin it on a dress form. She would then drape it on me to ensure that it was comfortable to wear. The comfort of the wearer was very important to her.”

Slim would get invited to the parties of the women she dressed but she always demurred, saying she was busy. “Her dedication to her two children Sandy and Mark (Higgins) preceded any socializing, and society understood and respected her for that,” Goulbourn said.

OverdueNow, aside from Ramon Valera, the first National Artist for Fashion Design, Filipino designers have Salvacion Lim Higgins to look up to.

Jojie Lloren: “Based on what I saw during her retrospective exhibit at the National Museum many years ago, it was evident that Slim was a master couturier in terms of design and technique. I stood before each piece, mentally deconstructing and identifying the techniques and patterns she used. She was able to beautifully realize her design concepts.”

Randy Ortiz: “Slim’s legacy will always be a part of fashion history specifically in the area of visual creative arts. This will surely encourage more students to acknowledge the importance of education and the institution that will add so much credibility to fashion.”

Rajo Laurel: “This recognition for Salvacion Lim Higgins is so well deserved and long overdue. Her artistry and contribution to the development of Philippine fashion is unparalleled. She has taught and fostered many incredible designers through her school. I know that this will only inspire many more Philippine creatives to follow this path.”

Ditta Sandico: “Since Slim’s has a history of being the first fashion/dressmaking school in the Philippines, the award would definitely boost the enrollment of students wanting to take a course in garment production.”