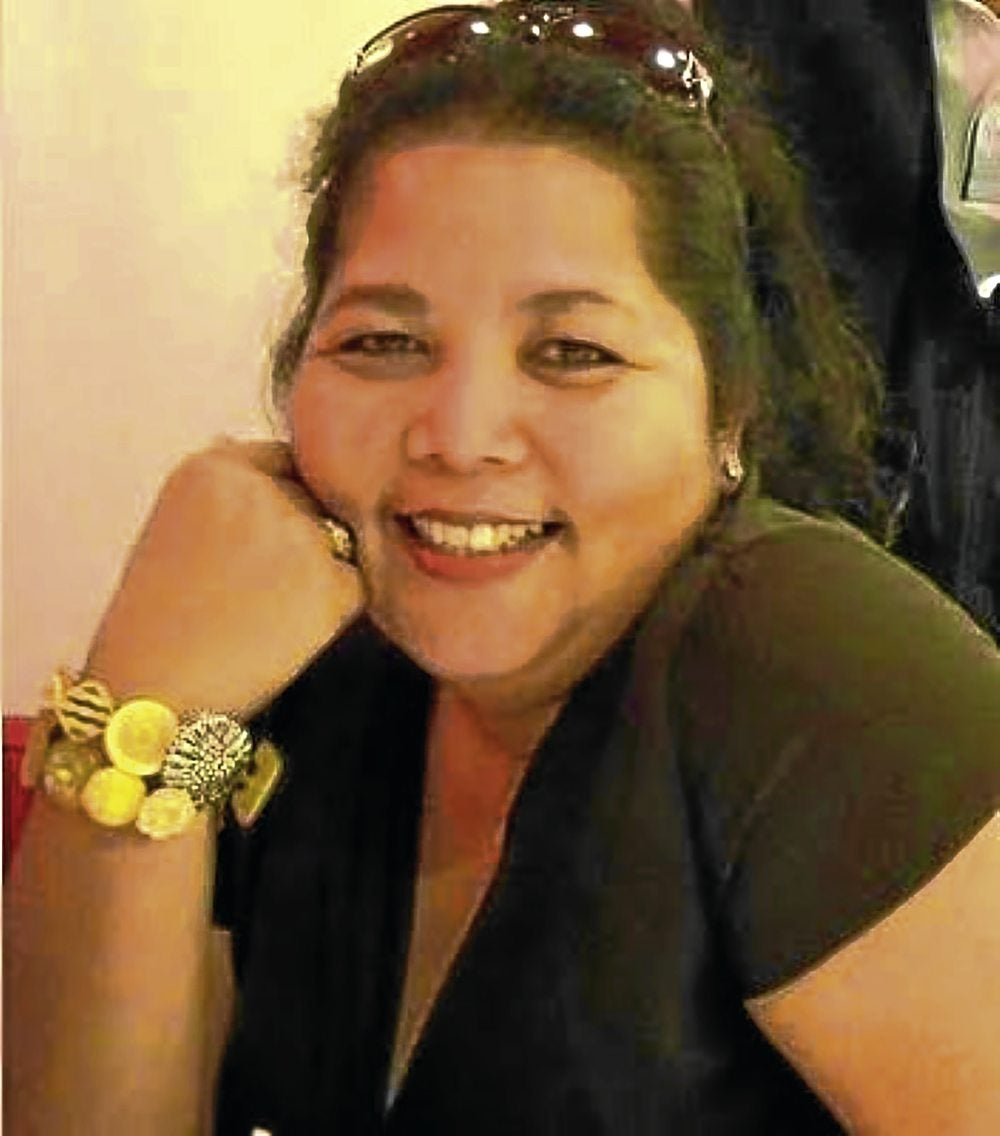 Georgia O’Keeffe became famous for the same subject. Flowers done in large format and closeup. Instead of flowers presented in bouquets, they were drawn almost always singly or in sparse numbers, focusing instead on their anatomical structure. But that was O’Keeffe then in America. What we have here is Bernadette de los Santos, “Bidibidi” among her friends, doing her paintings in Baao, Camarines Sur. What sets Bidibidi apart from O’Keeffe is her treatment of colors in painting her flowers from the Bicol region, both endemic and naturalized. In Bidibidi’s paintings, colors are boundless expressions of creativity. Colors are never subdued. They are permitted their vividness, their lushness. No apologies here for starkness. Deep blues can exist side by side with the brightest of yellows. Reds take a radical turn to orange against a blue background with no transitional hues. Sometimes, Bidibidi does use pastel colors, as in her “Flower” Series (2000). But she indiscriminately applies them to all the color palettes in the canvas. Pastel then no longer becomes a hue, an indication of gradation. Pastel develops its own expressive value.

In her earlier works exhibited in Gallery of Walter Lee Avery City Hall (1999) of California, we still observe a nervousness on Bidibidi’s part as an artist. There is still an apology to mark boundaries, as if to assure us that it was a conscious decision on her part, to set these contrasting and opposing colors side by side. But in her later works, as in the series “Wild About Flowers” (2003), these linear boundaries are now done away with. Deep colors are made to exist beside each other. Here, her visual style has finally blossomed.

What makes Bidibidi’s floral paintings excitingly feminist are precisely these colors, aside of course from the obvious sensual yonic references, an influence from O’Keeffe. She roots these colors to her experience of childhood in the Bicol province. Those were days recollected with a bounty of flowers being strewn, in all their chromatic glory, at the feet of the Blessed Virgin for the annual Flores de Mayo. It is to this hometown now that she chooses to go back to, to promote her love for organic farming. To this end, she has set up F.A.R.M. (Fabulously & Absolutely Rural Made) to help develop small and medium enterprises among rural women. At the same time, she opened up Café des Artes where Bicol artists could exhibit their works. There is in Bidibidi’s artistic ventures the symbiotic relationship between the arts and agriculture. Feudal and therefore patriarchal with its long hacienda history in the county, agriculture is now reclaimed in Bidibidi’s work as a site of womanhood.

Bidibidi’s vivid colors remind us of the copiousness of life offered up by the provincial soil. And yes, indeed, our flowers here in the tropics never scrimp on colors. They lavish us with a sensory overload of richness sometimes impossible to imagine. Bidibidi now sums up her journey as an artist in a one-woman inaugural exhibit at La Huerta de Rosario, Baao, Camarines Sur, on April 1. The exhibit will then be transferred to Café des Artes where the paintings will stay for a month.

The exhibit is aptly called un rêve de bohême, a bohemian dream, not just as a hark back to the ’70s but, more importantly, as a celebration of life in the tropics.