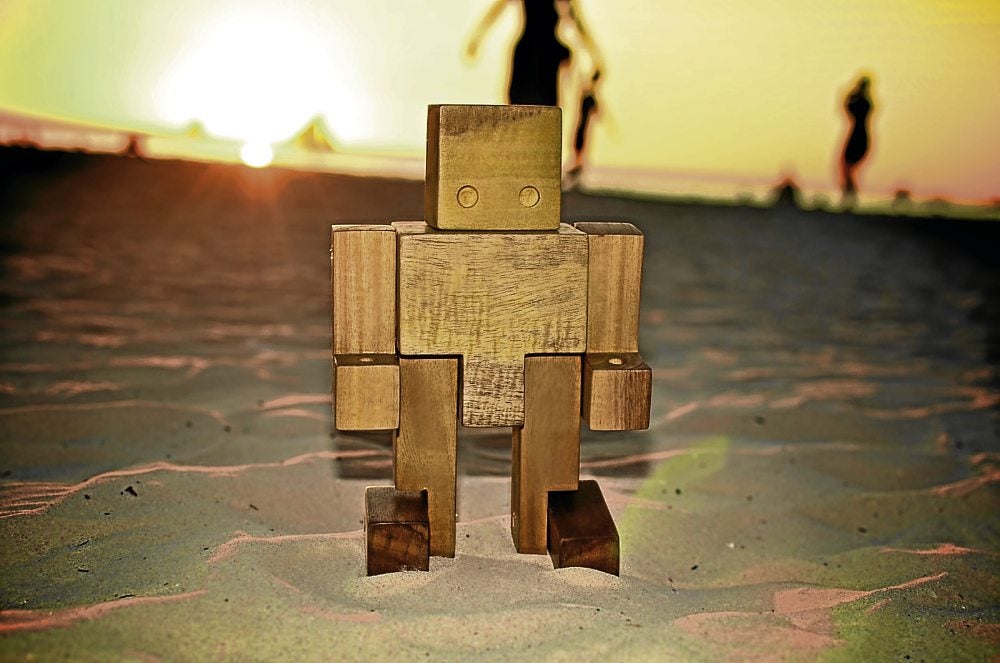 The words “posable” and “points of articulation” are normally associated with action figure toys. But they may also be applicable to hybrid art piece called “Bototoy.” The hybrid is the focus of an exhibit of the same title at the Secret Fresh Gallery in the Ronac Art Center along Ortigas Avenue opening on March 27.

Each Bototoy is about two feet high and made of boxy pieces of gmelina wood.  To those familiar with ’80s music, the sculpture may resemble the eight-bit animation character in the band Dire Straits’ music video for the song “Money for Nothing.” Its name and appearance may also make one recall the lyrics “domo arigato, Mr. Roboto” from the band Styx.

The reference to robots is apt as the art toy seems based on Japanese toys with cult followers whose ages range from ’80s Top 40 music fans (and even older) to current manga enthusiasts. Such toys are often offshoots or downstream products of either graphic comics sagas or anime and computer games.

A particular Swedish-designed game called “Minecraft” could easily have inspired “Bototoy.” With the look of its protagonist, its prominent pixel block graphics, and its main objective of building structures or shelter, it wouldn’t be far-fetched to imagine the affinity architect Arnold may have with it.

The collaborative piece is consistent with Secret Fresh’s offering of collectible toys whose premium of being “sealed in original box” is changed and upped even more once it has been tweaked by a notable visual artist. Some may disagree, but it really need not be polemic because here is seen a broadening and overlapping of appreciation of collectors with differing aesthetic sensibilities. Many agree that it is beneficial all around that toy collectors vie also for other artworks, and visual arts aficionados take an interest in a greater variation of media.

That Bototoy did not come from a toy factory is exciting because it shows that the gallery is going in the direction of creating new art breeds.