How Lovi Poe adjusted to being a new Kapamilya | Lifestyle.INQ ❮ ❯ 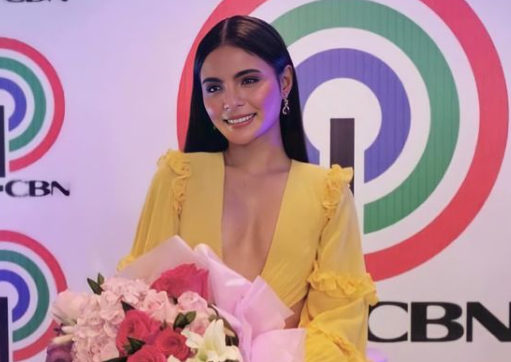 How Lovi Poe adjusted to being a new Kapamilya

Being a new Kapamilya, Lovi Poe initially felt jitters while taping for her first teleserye in ABS-CBN, also admitting that the transition gave her time to adjust to her new environment.

“Ever since, I’ve been a huge fan of ABS-CBN and also Dreamscape, so parang just to be given the opportunity to work with such an amazing team, it’s just great. It’s my first project (with ABS-CBN), so the transition wasn’t the easiest thing,” she said during the face-to-face press conference for the TV series “Flower of Evil” last June 20.

“My first day on set was difficult, [because it was like] all of a sudden I’m a new environment. Everything’s new, everyone’s new. It was hard,” she added. “I was having such a hard time, but with the help of everyone, it felt great.”

For example, two members of the production crew made her feel she was very welcome in the network.

(The simplest words like Kuya Adler and Kuya Fred telling me not to worry, because they are there for me, with that I realized that I’m part of a new family now…)

Poe admitted there was added pressure in doing “Flower Of Evil” because it was a big Korean series.

“Yeah, of course, hindi naman maiiwasan na makaramdan ng pressure especially talagang minahal ng maraming K-drama fans ang ‘Flower of Evil.’ But at the same time, ‘yung pressure naman namin na ‘yun, we can always turn it into something good because with that kind of pressure we can make sure na parang pagbubutihin pa namin lalo,” she said.

(Yes, of course, it cannot be avoided that there will be pressure especially because K-drama fans really loved “Flower of Evil.” But at the same time, we can turn that pressure into something good, because with that kind of pressure we can make sure that we will do even better.)

It premiered on Viu last June 23 and 24, and on Kapamilya Channel, Kapamilya Online Live and A2Z on June 25 and 26. JB