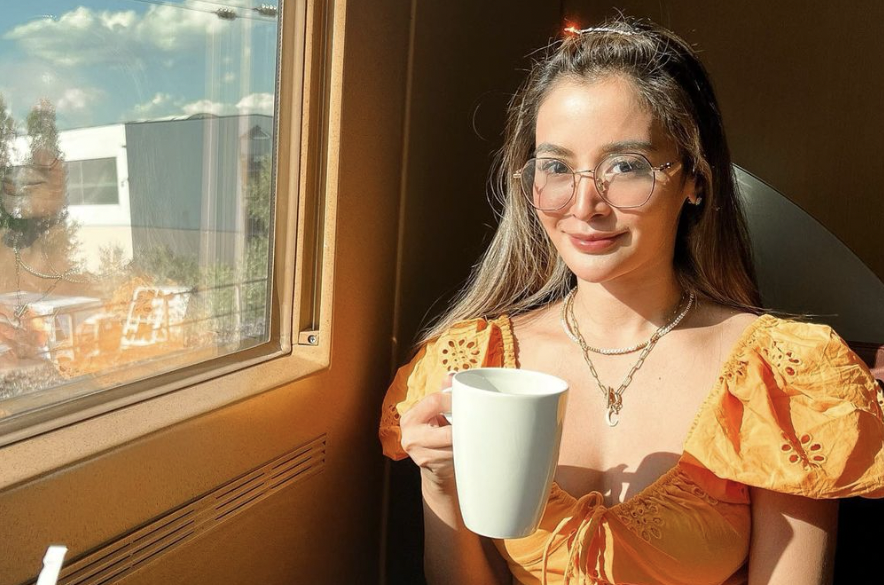 Kris Bernal, who is on a European trip with her husband, businessman Perry Choi, spoke up about her experience in Switzerland and how it has become a struggle for them as tourists sometimes.

Bernal shared that the trip was OK except for boarding and disembarking problems they encountered, as per her Instagram post yesterday, July 9, where she shared some photos of them riding a train.

“Since our arrival in Switzerland on June 28, we’ve been traveling by train from one country to another,” she said.

While she thinks that traveling through Europe by train is easy and efficient, and more comfortable if one upgrades to first class, the real struggle is upon boarding and disembarking from the train.

“Some train stations lack elevators and instead have long stairwells. My husband will always argue with me about how heavy our luggages are when it comes time to carry them. Knowing that he only took up 1/4 of the space of one piece of luggage,” she said, jokingly adding that she already limits the contents of her luggage.

Bernal and her husband also strolled around Zurich’s Old Town as can be seen in her video from a separate post, also yesterday.

“Zurich is often labelled as the most expensive city in the world, it’s also one of the most beautiful,” she said. “The views alone – a lovely mix of old, new, interesting architectures, narrow sand hilly cobble stone streets with nice, mainly small shops and restaurants. The fountains are interesting to see and make sure to drink water from them – safe to drink!”

She finds the place “almost too clean and tidy, to the point of feeling sterile,” though she was still engrossed by the “postcard-like” sceneries. JB

WATCH: Karen Davila in Arctic Ocean adventure ‘at the edge of the North Pole’