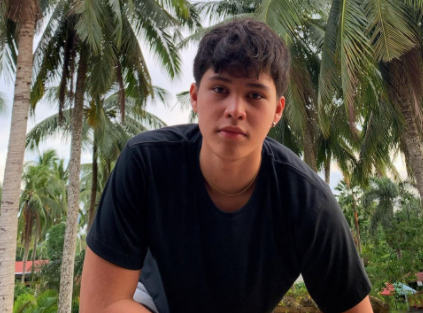 Starring in his first lead role in “Beach Bros,” actor Kyle Echarri believes that his step towards being a leading man is a life-changing moment in his young career.

“When it comes to life-changing, I think one of the most life-changing (moments) besides the start of the Gold Squad was this year for me,” Echarri said during the live press conference for the series yesterday, July 10.

Echarri acknowledged that the Gold Squad (with Andrea Brillantes, Seth Fedelin and Francine Diaz) paved the way for his bright future in show business, as it afforded him the chance to experience the many facets of the industry, including the highs and lows.

“Lagi kong sinasabi ‘yun (I always say that). I wouldn’t be in this position without the three of them,” he said. “Besides that, this year, I felt that this was one of the biggest years.”

“Madami din pong nangyari last year (Many things also happened last year), 2021 was like a rollercoaster. It was the ending or a four, five-year love team. Like I said, I am always thankful for it,” he stressed. “This year is my way to try to prove myself.”

As he plays Dave, the charming leader of a group of happy-go-lucky teenage boys known as the Baler Boys in a coming-of-age story, INQUIRER.net asked Echarri about what separates boys from men.

“Para sa akin, hindi manggagaling sa iba, mangaggaling sa sarili mo kapag ready ka na, when you can really call yourself a man. It’s not about age ‘pag masasabi mong ready ka nang tumayo,” he said. (For me, it will not come from others, it will come from you, the realization when you are ready to call yourself a man. It is not about age, for you to be able to say you can already make a stand as a man.)

“Independence is very important and the way you carry yourself towards people,” he explained.