Ross Capili and the gift of plenitude | Lifestyle.INQ ❮ ❯ 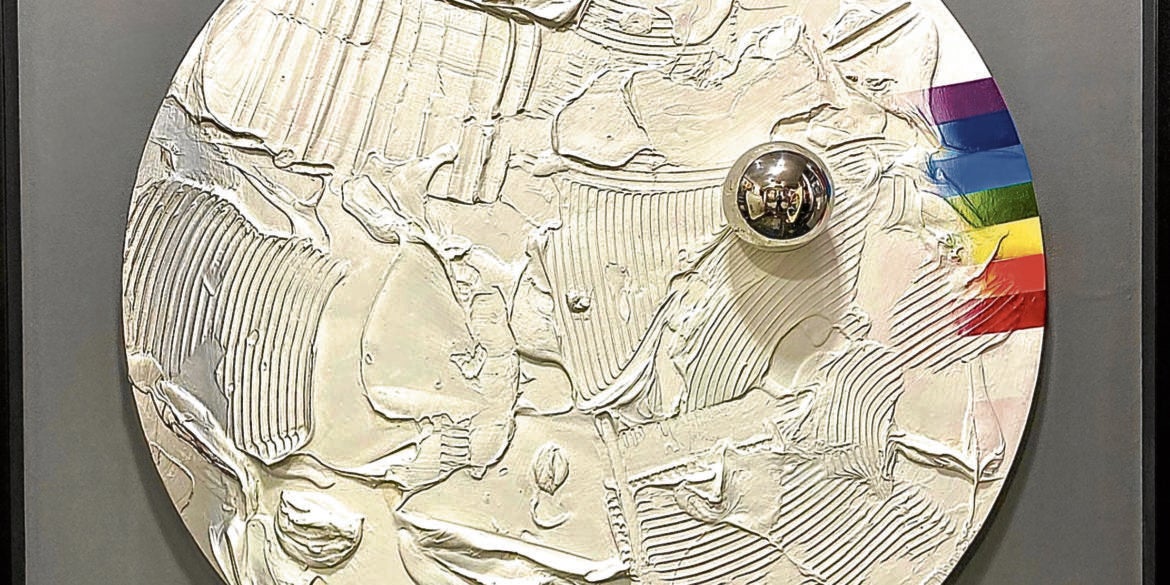 Ross Capili and the gift of plenitude

In the Philippine contemporary scene, one artist has indubitably emerged as an exemplar of an artist on a roll. Through an impressive series of successive solo shows, one following the wake of the other, Ross Capili served notice that there was no stopping him.

The gift of plenitude, of fecundity, of the fertility of concepts and of ideas, flowed right through him, like a ceaseless gush of water from a running stream. Striking while the iron is hot, Capili is presenting the latest of his artistic offerings at Galerie Roberto.

The major show is titled “Pulsating Rhythm,” which took all of three years to prepare. It shows the artist marching to the beat of his own drum. Capili’s message is crystallized in his poetic incantation: “Hear the Earth pulsate/ With new strokes and rhythms/ Allow your soul to feel the beat.”

In this show, music and nature, well, make beautiful music together—a fusion of forces, in which music draws its rhythm from the lush and verdant apparition of nature, the shifting changes wrought by sunshine and rain, and vice versa: nature and its blazing colors, primary and complimentary, becoming visible expressions of a musical point-and-counterpoint.

Many of the works were done in a circular shape. The rounded shape draws its origin, and inspiration, from the little-known fact that Capili owns a collection of over 600 hundred vinyl records and hi-fi audio equipment, which provides the artist with a ceaseless repertory of music, from classical to jazz. An avowed audiophile, Capili has always considered music a compelling impetus for his creativity.

Interestingly, the round disc, the circle—regarded as the most perfect form—becomes the symbol for his new series of works, collectively called “New Earth.” Topically, it is also an allusion to the darkness of death—the COVID-19 pandemic—inflicted upon all of humanity.

Indeed, these works were started at the beginning of the lockdown in March 2020. The gloomy and dismal mood of the time—when Capili was secluded in his studio, in complete isolation from all social contacts—was also the catalyzing moment of gestation for these new works. It led him to the discovery of new terrain.

Capili invokes the presence of the Earth through the incorporation of a glistening orb, a stainless metallic sphere, which reflects the ground, the canvas surface, that itself has been reanimated with thick slathers of impastos and brisk, bristling brushstrokes that slide and slither, evoking the undulations of waves. Capili is a past master, a virtuoso, a wizard of the swirling brush.

While other artists may be tempted to keep on churning out the same salable subject matter for commercial gain, this is one artist who is challenged more by new ideas, untried concepts, and unfamiliar material. In brief: breaking new ground.

It’s what keeps Ross Capili on a roll. —CONTRIBUTED