The travails of a traveling vegan | Inquirer Lifestyle ❮ ❯ 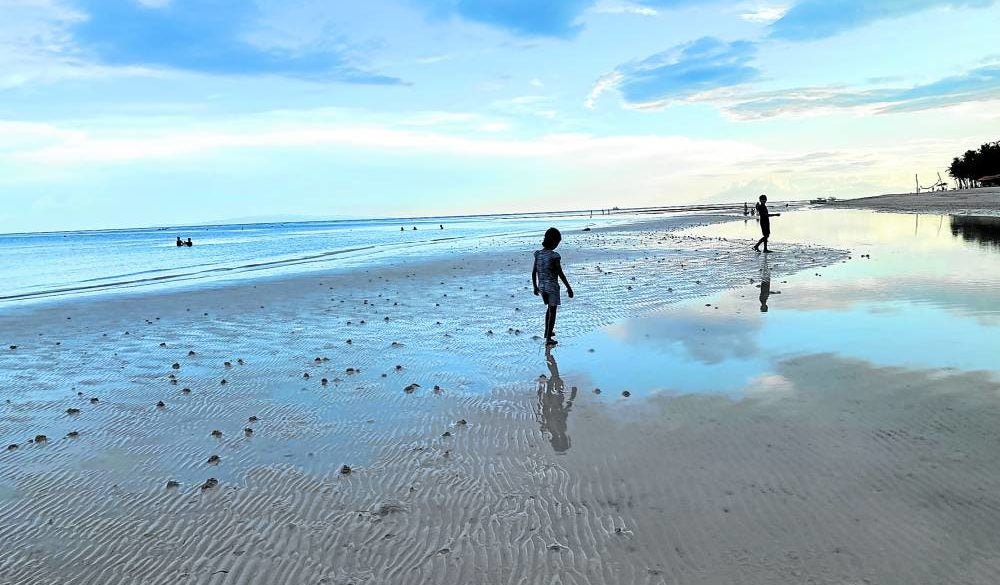 The travails of a traveling vegan

Our family’s latest trip to Bohol was our first airplane travel two years into COVID-19. It was our fifth time there, so we were no longer tourists. No more hired vans; we just wanted to enjoy the beach.

But vegan travelers can’t be as spontaneous; we had to know what we could eat over our four-day vacay.

We didn’t book where we normally do—walking distance to Bohol Bee Farm and Shaka café—where vegan options were aplenty. We stayed at a locally owned resort north of Alona Beach, where it was less crowded and the sand much finer, but it was also far from restaurants. Grab or foodpanda weren’t available in that neck of the woods either, which meant committing to what the resort had to offer.

The general manager took a while to reply to my emailed request for their menu, but Google results included blogs mentioning the resort’s variety of tofu dishes and easily veganizable vegetarian food.

They were able to produce a vegan menu for us using what I recognized as Veega or Unmeat frozen plant-based meat analogs: chick’un nuggets, tapa, burger, spaghetti with meatballs, that sort of thing. I thought about fact checking the ingredients because I know that while Unmeat is vegan, only Veega’s adobo flakes, tapa and tocino are. But the kids were already hungry.

At least we could eat something, and we appreciated the effort, but it was disappointing to eat these processed foods we could get in Manila at a third of the price. Their kitchen tried whipping up two vegetable dishes but the items put together were so mismatched, the kids didn’t touch them. I ate it anyway because I didn’t want the food to go to waste and was tired of nuggets.

The breakfast buffet wasn’t any better. Usually, we’d make do with fruits, bread and jam or nut butter, maybe some naked cereal since soy milk isn’t regularly available. But even the naturally vegan breads or kakanin (rice cakes) like focaccia and kutsinta were prepared with cheese, and all the spreads had mayo.

Gung-ho about enjoying our vacay, we made do with fruit, the plainest bread available and biko. At the omelet station, I had veggies and mushrooms sautéed sans the egg and mixed it with white rice.

For lunch, we tried having a cheese-free margherita pizza, but were told that they had no tomatoes.

On our third day, the manager spoke to us over lunch, and explained how he had to fly in the “special vegan items” from Manila to accommodate us. I expressed my thanks, but also my surprise that they didn’t have fresher items to match the island vibe, explaining that fruits, vegetables, grains and beans are enough, that “special vegan food” wasn’t necessary.

He sheepishly admitted that it does seem strange, that Bohol is surrounded by water but doesn’t grow its own food, as their soil is shallow and mostly limestone. They rely on produce from Mindanao, and even fish they are not able to get fresh because he claimed Cebu boxes out other regions at the source, buying directly from the fishermen’s boats, so nothing is left for Bohol except what gets to the market.

I didn’t know how true that was, so I steered the conversation where it could be more productive. I asked: what’s endemic to Bohol? I see peanuts and chocolate at the pasalubong centers. He said ube and sweet potato (kamote); everything else is “imported.”

The internet is awash with recipes highlighting those staples, and there are many easy substitutes such as coconut milk or cream (gata) for dairy.

Mushrooms can grow anywhere and can maybe be a new industry for the region; it’s low maintenance and can be harvested quickly. Hydroponically grown lettuce is worth exploring, too.

If tofu is a challenge to source due to storage issues, soba pien (dried soybean fiber) is cheap and stores well. Just rehydrate before cooking as you would animal products–same texture.

Boholanos consistently show us their best: excellent service, kindness and hospitality, pre- or mid-pandemic. Aside from their beautiful beaches, it’s also why we keep coming back.

We still loved our stay and left with a much deeper appreciation for our farmers, what’s available where we are.

Memories of empty supermarket shelves and rationed purchases after COVID hit the world are still fresh. It has also made us more compassionate and understanding. All the more reason for us to consider eating in a manner kinder to our health, the animals and the planet.